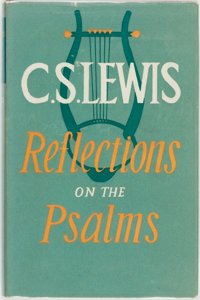 In 1986, while I was still a student at St. Charles Borromeo Seminary, I took an elective course on the Psalms taught by Father James Foley.  One of the class assignments was to come up with a “Psalms project” that could be used in parish ministry.  I decided to write a radio drama based on the wonderful book by C.S. Lewis entitled Reflections on the Psalms.  With the help of fellow seminarians Kevin Gallagher (questioner), John Gibbons (angel), and Gary Pacitti (technical production), the written radio drama was transformed into a twenty-seven-minute audio recording.  To be sure, the dialogue is somewhat stiff, the acting is a little wooden, and the present version (made from an audiocassette copy) is by no means a good sound recording, but I hope you find the listening worthwhile.  At least the insights by Professor Lewis are timeless, and you might even discern my own voice in the role of Saint Augustine! 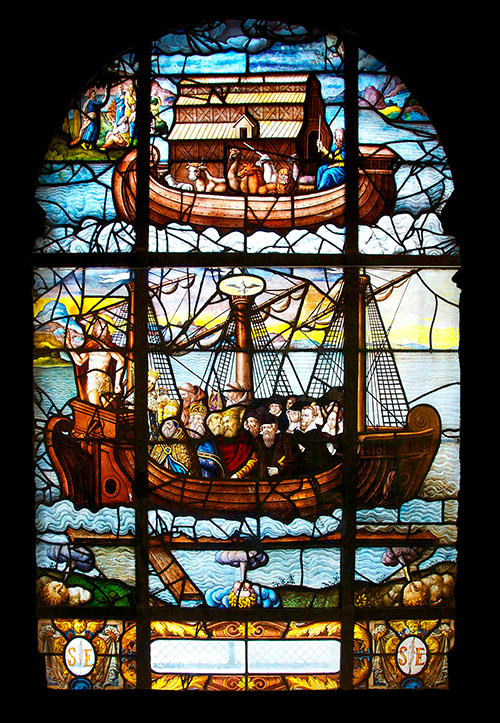 Once Upon an Orchestra

The two recordings in this album—Once Upon an Orchestra (Side 1 – 14:23) and The Story of Celeste (Side 2 – 14:31)—were childhood favorites.  They were taken from an old LP by Cricket Records.  I wish I could purchase a nice clean, commercially available copy, but (alas!) I can find none.  The soundtracks offered here are the result of professionally remastered originals.  They are, however, quite tolerable.

Music teachers could make good use of these gems, instructing pupils about the various orchestral instruments.  The Story of Celeste is, in fact, a delightful musical retelling of the classic Cinderella fairy tale.  Once Upon an Orchestra is, in my opinion, far more interesting.  I do not think the story was intended by its composers to have any other meaning than the value of cooperation and harmony, but I believe that it could very well be interpreted as a parable about human society with rich political overtones.  What do you think?

Once Upon an Orchestra: Interpretation of Father Ezaaki

When a society (orchestra) rejects the authority of God (the composer) as expressed in right government (the conductor), it will degenerate along one of three lines:  (1) military dictatorship (leadership by the drum), which will ultimately collapse and end in chaos, (2) mechanical maintenance of the status quo (leadership by the metronome), which will eventually lose momentum, or (3) rule by a demagogue (leadership by the windmill), who takes advantage of the changing moods of the populace and responds only to the person or groups who shout the loudest (blow the hardest), resulting in widespread moral exhaustion.  The only happy outcome is through trial, rediscovering God’s (the composer’s) original intentions, divine judgment (the double bass’s verdict), repentance, and forgiveness.  Only then can right government and true harmony be restored.

Once Upon an Orchestra: Interpretation of Kevin Damitz, Director of Religious Education at St. Thomas More Church in Allentown, PA

I think your interpretation sounds logical, Father.  It also hit home to us as parents (and in thinking of some training in family systems theory) since we frequently lament, “Can’t you just play nice?!”  In that case, absent or exasperated parents (the conductors) can be replaced by (1) a bossy kid (the drum) who is loud and seemingly strong but not a true leader, (2) one who may mean well but can’t adapt and persevere (the metronome), forgetting that living things need to change), or (3) a load of fun for all the kids for a time until it gets old (the windmill).  Hopefully we can all repent, individually, as families, and as governments, before it is too late!

Once Upon an Orchestra: Interpretation of Emily Spear, parishioner of the Cathedral of Saint Catharine of Siena, Allentown, PA

Father, your interpretation of Once Upon an Orchestra is very intriguing to me, as is Kevin Damitz’s. Thank you very much for sharing them!  I agree with you that the creators probably didn’t intend too many layers of meaning, but art often takes on a sort of life of its own in the minds of those who encounter it.  A third possibility occurred to me as I have been listening to the piece with the kids.

Perhaps Once Upon an Orchestra could also be taken as an allegory of the development of the individual human person, of the process of maturing in our faith, of “growing up.”  In the beginning, when a person (the orchestra) is a small child, all the different parts of his being are “warming up,” stepping onto the stage of his life.  God the composer has created a magnificent piece for him to perform and enjoy.  Faith the conductor appears on the scene at the point when the child can begin to grasp some of the ways in which faith will direct and guide him.  However, different parts of his being all clamor for the most attention.  Sometimes sensory experiences of the physical world, the delights of the body, felt in the sonorous sounds of the drums, think that they can take the place of faith as his guide through life.  Sometimes the metronome of his reason — ostensibly so reliable, so appealing in its regularity — dominates his being and dictates the choices he makes.  Sometimes his emotions and the influence of peer pressure, the desire to please other humans and gain their approbation, lead him hither and thither, charging first in one direction and then in another and another, like the windmill.  The composer can, of course, see how unfulfilled each of these misguided leaders leaves every aspect of the orchestra’s being, so he intervenes, and his intervention helps bring the conductor back onto the scene.  Sure, some excuses will be made, but ultimately, repentance, forgiveness and a healthy sense of humor heal the rifts in the person’s being and allow him to flourish in a state of harmony under the leadership of faith.  He learns that the conductor does not simply dole out laws that he needs to follow simply in order to avoid punishment, but that the laws also guide him toward virtue so that he can actively choose the best life for all aspects of his being, and realize the composer’s beautiful vision for him.

Just for fun, there it is, a take based on what I know of my own struggles to “grow up,” and also those of my siblings, friends, and now my children.

I would like to mention a quote I read recently from St. Maximillian Kolbe:

No one in the world can change Truth.  What we can do and should do is to seek truth and to serve it when we have found it.  The real conflict is the inner conflict.  Beyond armies of occupation and the hecatombs of extermination camps, there are two irreconcilable enemies in the depth of every soul: good and evil, sin and love.  And what use are the victories on the battlefield if we ourselves are defeated in our innermost personal selves?

These words made me think of the various interpretations of Once Upon an Orchestra… just how battles/conflicts at all different levels seem to resemble each other.  The other day I rather flippantly added battles within the Church itself, but I do think that is true…  Sometimes it seems that when questions or conflicts arise, some factions’ responses can be very fire-and-brimstone (the drums perhaps), or somewhat too pedantic and dogmatic (the metronome), or too willing to accommodate and acquiesce to prevailing cultural norms (the windmill).