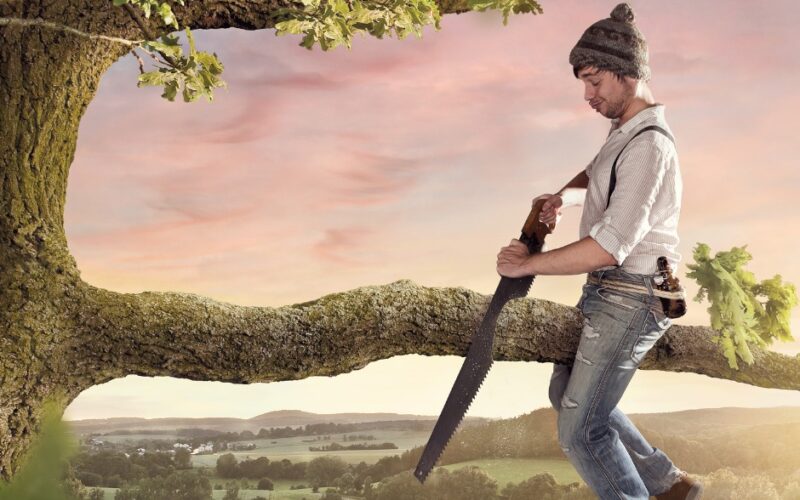 A Homily for the Thirty-First Sunday of Ordinary Time, Year C

Never underestimate the power of stupid people in large groups.

Some of you may be familiar with the Texan comedian Bill Engvall.  He does a routine in which he says:

I just hate stupid people.  They should have to wear signs that just say, “I’m stupid.”  That way you wouldn’t rely on them, would you?  You wouldn’t ask them anything.  It’d be like, Excuse me.  Oop!  Never mind.  I didn’t see your sign.  It’s like before my wife and I moved from Texas to California, our house was full of boxes.  There’s a U-Haul truck in our driveway.  My friend comes over, and he goes, ‘Hey, are you moving?’  Nope.  We just pack our stuff up once or twice a week just to see how many boxes it takes.  Here’s your sign!

Actually, I think that’s a bit unfair of Mr. Engvall.  I don’t think his friend was stupid.  I think his friend was shocked, shocked that Bill was moving and shocked that Bill didn’t tell him about the move.  Besides, I don’t believe it’s helpful to laugh at other people.  I know from experience that it can be downright hurtful.  Mrs. Hassler, my fifth-grade teacher, used to say, “Every time you laugh at someone you show your own ignorance.”  Be that as it may, Bill Engvall’s refrain, “Here’s your sign,” has become his trademark.

Now all that having been said, let me tell you about the height of stupidity, the epitome of idiocy.  The author of the Book of Wisdom asks God:

How could a thing remain, unless you willed it; or be preserved, had it not been called forth by you?[1]

Here, ladies and gentlemen, we have a basic truth which lies at the heart of the Judeo-Christian tradition.  God is not, as the Deists argued, like some cosmic clockmaker who created the universe, wound it up like a watch, and then walked away to leave His creation on its own.  No!  God not only willed the universe into existence.  He also continually sustains it and preserves it in being.  Were it not for the sustaining Hand of the Almighty, the whole of creation would slip back into the nothingness whence it came.  God has the whole wide universe in His hands.  This is what Frank J. Sheed tells us in the wonderful book, Theology for Beginners.  Here’s what we find in Chapter VII:

God made us of nothing, but by the mere act of His will he made us into something.  And the same will that brought us into existence is required to keep us in existence.  Think hard about this, for in it is the primary truth about ourselves; without it we shall not know the first thing about ourselves—the first thing.

But wait!  This truth has at least one profound consequence.  Sheed continues:

….God is not just one more item; we must see everything God-bathed.  Only then are we seeing everything as it is.

Of course it is not only a question of seeing; this truth effects our actions too.  Sin, for instance, is an effort to gain something against the will of God; but the will of God is all that holds us in existence; when we sin, we are hacking away at our only support!  What could be more idiotic?  The realization may not prevent us from sinning; but it ensures that we shall feel fools while doing it.  God’s will is the only law for sane people.

I used to tell my students: “Imagine you are on a raft in the middle of a shark-infested ocean.  You take out an ax and start chopping away at the raft, the only thing keeping you alive.  Talk about stupid!  That’s the kind of idiocy we’re dealing with when it comes to sin.”

It is all too easy for me to point to those “stupid” people whom I blame for rejecting the Judeo-Christian foundations on which our great nation is built, for hacking away at our country’s raft of support.  How convenient to accuse others of tearing one more plank from the raft that keeps us afloat, of embracing atheism rather than faith, victimhood rather than responsibility, death rather than life, hedonism rather than sacrifice, sin rather than sanity!

But deep down I know that is not the real problem.  Robert Cardinal Sarah, Prefect of the Congregation for Divine Worship and the Discipline of the Sacraments, has hit the nail on the head:

Today from the bottom of my heart as a pastor, I wish to invite all Christians to conversion.  We do not need to create parties within the Church.  We cannot proclaim ourselves the saviors of this or that institution.  All of this will aid the enemy in his game.  But each of us can take this resolution: I will not accept the lie of atheism.  I do not want to renounce the light of faith, I do not want light to live side by side with darkness in my soul, through laziness, convenience, or conformism!  It is a very simple decision, both interior and concrete.  It will change our life in its smallest details.  It is not about going off to war.  It is not about denouncing enemies.  It is not about attacking or criticizing.  It is about staying firmly faithful to Jesus Christ, to his Gospel and to the mystery of the Church.  Though we cannot change the world, we can be changed ourselves.  If each person would take this resolution humbly, then the system of lies would crumble of its own accord, because its only strength is the place we give to it in ourselves![2]

So the next time I’m tempted to label others as stupid, I might do well to take a good hard look at myself.  My very sinfulness and betrayal of Christ are an illustration of the old adage that “Whenever you point a finger at others, there are three fingers pointing right back at you.”  And maybe, just maybe, before I actually commit even the smallest sin, I might first consider and imagine my guardian angel at my elbow whispering, “Here’s your sign!”

[2] “We Must Rebuild the Cathedral … We Do Not Need to Invent a New Church,” a speech delivered at Église Saint François-Xavier in Paris, May 25, 2019.  The full text appears in The Catholic World Report, 21 June 2019.