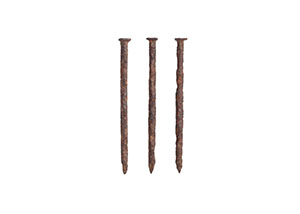 And death shall be no more, Death thou shalt die.

Seven-year-old Daryl was never able to explain just how the weird black balloon found its way into the nursery, but there it was.  At first it was hardly noticeable—no bigger than a marble–rolling innocently around on the floor among the toys.  As time went on, however, it grew in size, and Daryl soon noticed something even more strange.  With each passing day, as the balloon grew larger and larger, the stuffed toys began, one by one, to disappear.  First the tiny velveteen rabbit was nowhere to be seen, and the black balloon was just a little bigger.  The next day, the stuffed elephant vanished into thin air, and the sinister sphere had become that much larger.  Then the plush gingerbread man went missing.  The dark intruder had grown in proportion.  Soon all the stuffed animals in the nursery—all, that is, except one–met a similar fate.  By this time, Daryl’s eyes were swollen from crying, and the black balloon was hideously swollen in size.

The one toy that had so far escaped the dark balloon’s insatiable appetite was none other than Daryl’s beloved Teddy bear.  This was no doubt because the boy was never parted from it.  Unlike the other toys, it occupied a privileged place in the nursery and in Daryl’s heart.  It was the only toy Daryl permitted to share his bed, and it never so much as even touched the nursery floor.

Yet Daryl loved all his toys and thus conceived a plan whereby he might possibly rescue those that had been devoured.  There would, however, be a price to pay.

Rummaging around in his father’s toolbox, he found three sharp nails of prodigious length.  These he carefully and tearfully drove into the heart of his favorite toy.  That evening, he placed the Teddy bear on the nursery floor alongside the spherical monstrosity.  The instant he did so, the balloon began to quiver—as if in anticipation.  As for Daryl, he quietly climbed into bed, but for many hours he lay awake wondering what would befall his treasured Teddy bear.  At last he drifted off to troubled sleep.

In the wee hours of the morning, just as the sun began to rise, the silence of the nursery was shattered by what could only be described as a tremendous explosion.  Daryl woke with a start.   To his great relief, he found his Teddy bear next to him on the bed, but the mattress was also piled high with all the other missing toys—the velveteen rabbit, the stuffed elephant, the plush gingerbread man, and all the rest, apparently no worse for their ordeal.  There on the floor were the three nails and tattered remains of the black balloon.  The thing was no more.