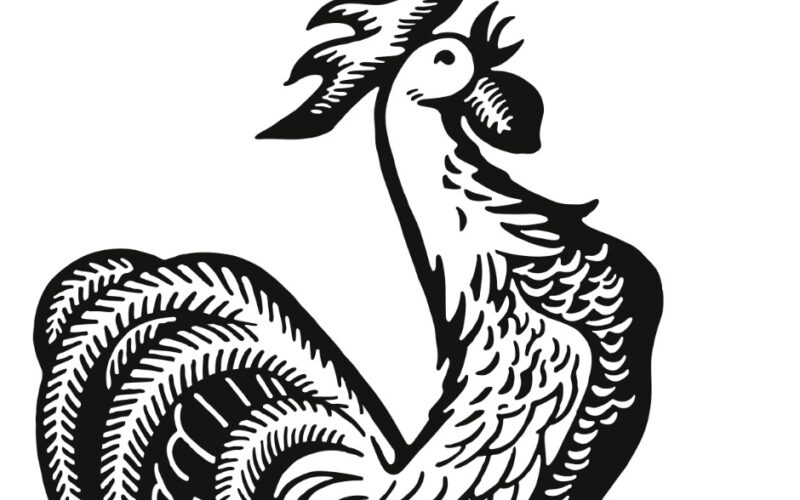 A Homily for the Third Sunday of Easter, Year C

How many jokes do you know that begin with someone walking into a bar?  Here is one, for example:  A termite walks into a bar and asks, “Is the bar tender here?”

Just as there are a lot of jokes involving somebody walking into a bar, there are probably just as many jokes about Saint Peter standing at the Pearly Gates.  You know them as well as I do.  I remember my mom saying, “If I come before Saint Peter and he gives me any difficulty at all about getting into heaven, I’m going to look him right in the eye and tell him, “Cock-a-doodle-doo!”

You know, it’s only right that Christian folklore places Saint Peter at the Pearly Gates.  If anyone knows what it is to have been forgiven, if anyone knows the meaning of mercy, it’s Saint Peter!  We see this in today’s Gospel (John 21:1-19).  It’s just after dawn.  You can almost hear the roosters crowing.  Jesus beckons Peter over to a charcoal fire and asks him three questions.  “Where have we seen all that before?” asked a priest at a conference I recently attended.[1]  A charcoal fire, three questions, a rooster crowing: “It’s as if Jesus is bringing Peter back to the scene of the crime,” the humiliating threefold denial.  And yet, Our Lord forgives Peter.  Not only that, He gives Peter the highest place in the Church!

Saint Peter’s tomb lies directly beneath [Saint Peter’s Basilica,] the centerpiece of worship for the one, holy, catholic, and apostolic Church because Peter experienced the very centerpiece of faith itself.  The first and last word of Jesus: Forgiveness.

Forgiveness unleashes the great force of transformation in your life.  Forgiveness flows directly from the heart of God and into yours.  That force frees you from the wounds and bondage of the past, both from harms you have suffered as well as from those you have caused.  And it sets you free to move forward more strongly into the bold, divine future God has in store for you.[2]

Here is a somewhat more contemporary, but no less dramatic, case of forgiveness.  Some of you may be familiar with Father Mike Schmitz, a priest for the Diocese of Duluth, Minnesota.  He currently runs the Newman Center at the University of Minnesota-Duluth.  What follows is based on a partial transcription of his homily for Divine Mercy Sunday 2019.

Sister Gaudia from Poland, who is actually part of Saint Faustina’s community, was in my home town of Brainerd about a month ago.  She was there with another sister, Sister Veritas.  They spoke to my parish and told this true story that happened in Poland a number of years ago.

A relatively young priest is in a hospital visiting some of his parishioners.  He is walking down the hallway, and a nun stops him and says, “Father, can you go into this room?  There’s a man on his deathbed.  He’s been here for days.  We’ve asked priests to go in, but he chases everyone away.  He doesn’t want to talk about Jesus.  But he’s dying.  Could you please visit him?”

The priest goes in and introduces himself to the patient.  The guy erupts and starts cursing at him.  He is so angry: “I don’t want anything to do with you.  Get out of here!”

The priest says, “Okay” and goes out into the hall.

The nun is still there. She says, “Could you go back in?”

The priest replies, “He doesn’t want anything I have to offer.”

“Just give it another chance,” pleads the nun.

The old man replies, “I don’t care.  Do whatever you want.”

Suddenly the man bursts out, “Stop it!”

Startled, the priest looks up and asks, “Why?”

“Because there is no mercy for me!”

“Why do you think there is no mercy for you?” asks the priest.

But the priest persists: “Why do you think there is no mercy for you?”

“I’ll tell you…  Twenty-five years ago, I was working for the railroad.  My job was to lower the crossing guard arm when a train would come to prevent cars from going on the tracks.  But one night I was drunk.  I didn’t lower the crossing guard arm, and a couple and their three young children were on the tracks as a train came, and they were all instantly killed.  That was my fault.  So there is no mercy for me.  I have failed.  It is over.”

The priest just sits there staring at the rosary in his hands.  Finally he asks, “Where was this?”

The man tells him the name of the Polish town.

The priest looks up and says, “Twenty-five years ago, my mom and my dad were taking my little siblings on a trip.  I couldn’t go with them.  They were driving through this small town.  For some reason the railroad crossing guard arm wasn’t lowered.  As they were crossing the tracks, a train came and killed them all.  I lost my whole family that night.”  The priest gazes intently into the man’s face, and he says, “My brother, God forgives you.  Not only that, I forgive you.”

The man realizes that God’s mercy is for him.

The priest asks, “Would you let me hear your confession and give you the Eucharist?”

The man makes his confession and receives Holy Communion.  Two days later he dies.  Mercy wins.  His failure is not final.

The story goes on.  It’s kind of cool.  After giving the man Communion, the priest goes into the hallway in search of the nun.  He can’t find her.  The administration tells him, “We don’t employ any nuns at this hospital.”

For years the priest does not know who this nun is.  Eventually he goes to the town of Vilnius, which is where Saint Faustina lived.  He goes to the convent to say Mass for the nuns there.  He sees a painting on the wall of Saint Faustina, and he says, “I’ve met that nun a couple of years ago.”

Failure is not final.  Not when it comes to Jesus.

Hey!  Mom was right after all.  God’s forgiveness is something to crow about.

[2] From the chapter entitled “The Most Successful Failure of All Time: Peter.”