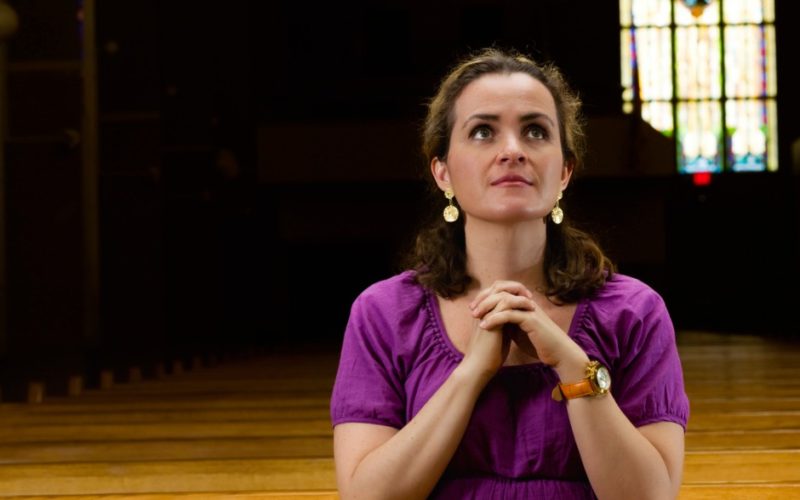 When I was in college, I read an insightful article by the Japanese Catholic author Shusaku Endo.[2]  He told the story of an ancient Buddhist temple atop a high mountain in Japan.  The temple was so high and remote that it took pious pilgrims hours and even days to ascend, and almost as much time to come down from the heights.  Eventually, a progressive thinker got the bright idea of constructing a system of cable cars that would allow easy access to the shrine.  Soon pilgrims and tourists could get to the temple and depart from it in only a fraction of the time once required.  But Shusaku Endo noted that an indefinable something was lost in the experience.  A rapid arrival and departure somehow diminished the sense of the holy.  It just wasn’t the same anymore.  Endo concluded by simply observing that “Sacred places need to be approached and left slowly.”  Sacred places need to be approached and left slowly.

And that brings us to our Gospel:

Since the Passover of the Jews was near, Jesus went up to Jerusalem.  He found in the temple area those who sold oxen, sheep, and doves, as well as the money-changers seated there.  He made a whip out of cords and drove them all out of the temple area, with the sheep and oxen, and spilled the coins of the money-changers and overturned their tables, and to those who sold doves he said, “Take these out of here, and stop making my Father’s house a marketplace.”  His disciples recalled the words of scripture, “Zeal for your house will consume me.”[3]

It is obvious that when it came to the Temple in Jerusalem, many people in Our Lord’s day had forgotten the sense of the holy.  They needed, quite literally, to clean up their act.

What about us?  Have we too forgotten a respect for the sacred?  We may not be selling sheep, oxen, and doves in church, but I think if we’re honest with ourselves, all of us are a little too casual in the presence of the holy.  Perhaps one way we can remedy this is to approach and leave Mass with greater care.

I know full well that before Mass, I myself often come running into the sacristy at the last possible moment with just barely enough time to throw on my vestments, all the while babbling useless chatter.  After mass, I hightail it out of church as quickly as possible just so I can get my cup of coffee.  (Ah!  I remember reading the story of a deceased priest’s soul who came to beg the help of Padre Pio.  This poor soul was suffering in purgatory precisely because he had been in too much of a hurry to leave church after Mass was over, all because he wanted to have fun with his friends!  I read that story after my ordination.  Ugh!  I felt as though I were reading the fine print in a contract only after I had signed it!)

I must remember that sacred places need to be approached and left slowly.  I must learn to slow down before and after Mass—if not physically, than at least spiritually—just so I can maintain focus, to remind myself why I am at Mass in the first place.

What can I do?  Well, before Mass, long before I get to church, I can pray that my participation in the liturgy may be pleasing to the Lord and spiritually beneficial to others.  Here is a prayer I got from Catholic Online:

Act of Oblation before Holy Mass

Eternal Father,
I offer Thee the sacrifice wherein Thy dear Son Jesus
offered Himself upon the Cross
and which He now renews upon this altar,
to adore Thee and to render to Thee that honor which is
Thy due,
acknowledging Thy supreme dominion over all things
and their absolute dependence on Thee,
for Thou art our first beginning and our last end;
to give Thee thanks for countless benefits received;
to appease Thy justice provoked to anger by so many sins,
and to offer Thee worthy satisfaction for the same;
and finally to implore Thy grace and mercy for myself,
for all those who are in tribulation and distress,
for all poor sinners,
for the whole world
and for the blessed souls in purgatory.
Amen.

What a great prayer to hang on the bathroom mirror to say while I’m brushing my teeth or shaving!

What about after Mass?  Even while the notes of the closing hymn are still ringing in my ears, I can offer the Prayer to Saint Michael.  It’s on the back cover of our Breaking Bread hymnal:

defend us in battle,

be our defense against the wickedness and snares of the devil.

May God rebuke him, we humbly pray;

and do thou, O Prince of the Heavenly Host,

by the power of God,

thrust into hell Satan and the other evil spirits

who prowl about the world for the ruin of souls.

As soon as I can, I can conclude my post-Mass thanksgiving with other prayers, perhaps the Prayer before a Crucifix, which I also got from Catholic Online:

while I contemplate,
with great love and tender pity,
Your five most precious wounds,
pondering over them within me
and calling to mind the words which David,
Your prophet, said of You, my Jesus:
“They have pierced My hands and My feet,
they have numbered all My bones.”[4]
Amen.

We can be thankful that Saint Jane’s Church is not built on some lofty mountaintop all but inaccessible to worshippers.  But this means we must make a greater effort to maintain a sense of the sacred, not to become casual in the presence of the holy.  One way we can begin to do this is by slowing down spiritually before and after Mass.  A good way to accomplish this is through focused prayer.  We must never forget that sacred places need to be approached and left slowly!

[1] “Make haste slowly.”  This classical adage was the motto of Emperor Augustus.

[2] I hope my memory serves me well.  I wish I could find the article.