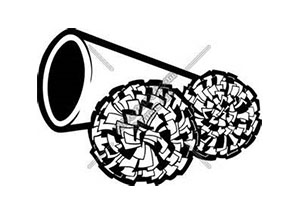 During my twenty-four-year stay in Bethlehem, Pennsylvania, I came to know a woman named Anne who, in many ways, was like a second mother to me.  Anne was full of maternal wisdom.  About her own children, she’d say, “You can give birth to ‘m, but you can’t explain ‘m.”  She was also quite funny.  For example, sometimes she’d ask me to do light yard work for her—pulling weeds, planting flowers, etc.  She’d lovingly refer to me as her “half-blind, half-Japanese gardener”!  As I said, Anne was like a mother to me.  On at least three occasions, she gave me good advice that kept me on the straight and narrow.  She could be blunt; she could be stern; but she was always loving.

Anne died of cancer shortly before I left Bethlehem.  I pray that if the day ever comes when I receive a diagnosis of terminal illness, I’ll steady my nerves with the thought that my reunion with Anne will be just around the corner.

Here’s one of Anne’s shrewdest bits of wisdom.  Of course, I cannot reconstruct her exact words, but I am certain I can give a fairly accurate account of her narrative:

Years ago when I was in college, I was chosen Women’s Tennis Champion for the City of Bethlehem.  My boyfriend back then was an athlete in his own right, and a pretty good one at that.  But I soon noticed that whenever I won a match or a trophy, he’d be downright miserable until he’d won a prize of similar prestige.  His attitude toward me was, in fact, characterized by a kind of one-upmanship.  He was never happy with me unless he could in some way demonstrate his superiority over me.

Once, after I had won a really important match, my boyfriend’s lack of enthusiasm was particularly cutting.  Later that day, alone in my room and still smarting from his put-down, there came a knock at my door.  It was my father.  He asked to come in.  “Anne,” he said, “I am truly puzzled.  You normally have a good head on your shoulders.  Of all the men in the city of Bethlehem, why are you wasting your time with such an obvious loser?  The man you eventually marry ought to be someone who rejoices in your successes as if they were his own.”

I was stunned.  Dad hadn’t said “boo” about any of my previous boyfriends.  For him to open his mouth about this one meant that he was really concerned.  I thought long and hard about what he said:  The man you marry ought to be someone who rejoices in your successes as if they were his own.  I took my father’s advice to heart and ended my relationship with the guy I was dating.  Competition, I realized, belongs on the tennis court and not in a marriage.

In 1 Corinthians 13, a passage that is read most often at weddings, the Apostle says, “Love does not envy.”[1]  What is envy?  According to Father Adolphe Tanquerey, “Envy is a tendency to be saddened by another’s good as if that good constituted an affront to…[my] own superiority.”[2]  It sometimes rears its ugly head in an even darker form as the tendency to be gladdened by another person’s misfortune as if that person’s misfortune somehow benefited me.

[2] Quoted from: The Spiritual Life: A Treatise on Ascetical and Mystical Theology.