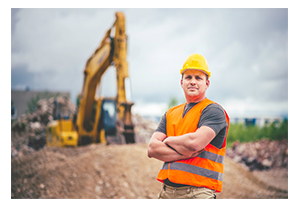 A Homily for the Second Sunday of Advent, Year A

John was a contractor for a construction company.  To increase his personal income, he routinely cheated on materials that went into the homes he built.  He was so adept at concealing his shortcuts that he joked to a close friend that even he couldn’t detect them once they had been made.  John’s last construction project before retiring was the one he cheated on the most.  It was supposed to be a luxury home.  Even John worried that he had gone too far this time.  Imagine his shock when the company gave him this house as a gift for his years of service.[1]

What was John to do?  To save face, he had no choice but to move into the home along with his wife and three children.  Two years later, the house burned down, claiming the lives of its five occupants.  Experts credited the fire to faulty wiring and poor construction.

That brings me to my second point about sin.  Whenever we sin, sooner or later there will be negative consequences.  What goes around comes around.  In other words, we will reap what we sow.  As my imaginary Southern Grandma used to say, “Honey child, when you dance with the devil, you end up with a limp—and that’s if you’re lucky!”

Our First Reading and our Gospel speak about divine judgment.  Referring to the Messiah, the prophet Isaiah says:

But he shall judge the poor with justice, and decide fairly for the land’s afflicted.  He shall strike the ruthless with the rod of his mouth, and with the breath of his lips he shall slay the wicked.[2]

In our Gospel, Saint John the Baptist declares:

Even now the ax lies at the root of the trees. Therefore every tree that does not bear good fruit will be cut down and thrown into the fire.[3]

The negative consequences of sin, however, are often simply the result of what happens when we do not live according to the plan God has laid down for us.  Just as a contractor courts disaster whenever he ignores the blueprints for a house, so we too court disaster whenever we violate our human nature.  If I indulge in stealing, is it any wonder if I end up in jail?  If I cohabit, should I be surprised if I am abandoned?  If I gossip, do I have anyone but myself to blame if no one trusts me?  If I cheat on an exam, can I honestly blame God if I am expelled from the Academy?  I do not always have faith in human beings, but I have an unshakable faith in human nature.  I mean that, whenever we go against the guidelines God has laid down for our wellbeing, we can be sure that, sooner or later, we’ll have to pay the piper—either in this life or in the next.  Please do not misunderstand!  I am not saying that righteous people never have to suffer, that if we obey God’s rules, everything will be hunky-dory.  That’s not what I’m saying.  Innocent people do sometimes suffer.  I am, however, insisting that, whenever we disobey God’s will, there will be negative fallout for ourselves and for others, maybe even for those we love most.

I must ask myself:  What kind of contractor am I when it comes to the construction of my own life?  Am I an honest builder, or do I cut corners?  Am I concerned about the wellbeing of others, or do I think only of myself?  Sacred Scripture, Church teaching, the Sacraments, and the lives of the saints certainly provide an excellent foundation on which to build my life.  Whether or not what I build on that foundation stands the test of time and eternity—well, that depends on whether or not I choose to cut corners.