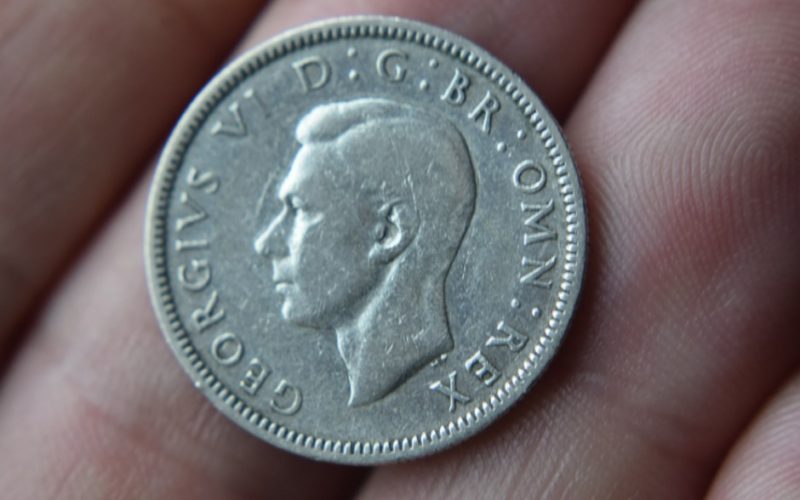 “I will lead the blind on a way they do not know; by paths they do not know I will guide them.  I will turn darkness into light before them, and make crooked ways straight.  These are my promises: I made them, I will not forsake them.”

Who among you fears the LORD, heeds his servant’s voice?  Let whoever walks in darkness, without any light, trust in the name of the LORD and rely upon their God!

Mary said, “Behold, I am the handmaid of the Lord.  Let it be done to me according to your word.”

It was Christmas, 1939.  King George VI of England was spending the holidays with his family in the royal country house at Sandringham, but the monarch interrupted his Christmas merrymaking to continue a tradition upheld by his father.  He would address his subjects in a live radio broadcast.

Those of you who have seen the 2011 Academy-Award-winning film “The King’s Speech” know that public speaking was not King George’s forte.  He had worked hard to overcome an embarrassing stutter, yet there he was on Christmas Day, 1939, dressed in the uniform of the Admiral of the Fleet and seated at a table before two microphones.  He began, in a somewhat faltering manner, to speak to loyal British subjects around the world, who were now at war with Nazi Germany.  His passionate words, which you can hear on YouTube, came straight from the heart.  I can almost hear the static as I imagine listeners in Canada, Bermuda, and Australia huddled close to their radios:

The Festival which we know as Christmas is above all a festival of peace and of the home.  Among all free peoples, the love of peace is profound, for this alone gives security to the home.  But true peace is in the hearts of men, and it is the tragedy of this time that there are powerful countries whose whole direction and policy are based on hate, aggression, and the suppression of all that we hold dear for mankind.

King George culminated his nine-minute broadcast with these timeless words:

I believe from my heart that the cause which binds together my people and our gallant and faithful allies is the cause of Christian civilization.  On no other basis can a true civilization be built.  Let us remember this through the dark times ahead of us and when we are making the peace for which all men pray.  A new year is at hand.  We cannot tell what it will bring.  If it brings a peace, how thankful we shall all be.  If it brings us continued struggle, we shall remain undaunted.  In the meantime, I feel that we may all find a message of encouragement in the lines which, in my closing words, I would like to say to you:

At this point, England’s sovereign read part of a poem that had been given him by his thirteen-year-old daughter, Princess Elizabeth.

I said to the man who stood at the Gate of the Year,
“Give me a light that I may tread safely into the unknown.”
And he replied, “Go out into the darkness, and put your hand into the Hand of God.
That shall be better than light, and safer than a known way.”

Then His Majesty concluded:

May that Almighty Hand guide and uphold us all.

King George VI of England was certainly no Demosthenes.  Yet that one speech was enough to galvanize England and her allies in their resolve.

What about us?  None of us knows what the New Year will bring, and there are probably dark times ahead for many of us.  What year is without its struggles and difficulties?  Therefore I thought I would give you the aforementioned poem in its entirety.  The piece is entitled “God Knows,” and its author is Minnie Louise Haskins.

And I said to the man who stood at the gate of the year:
“Give me a light that I may tread safely into the unknown.”
And he replied:
“Go out into the darkness and put your hand into the Hand of God.
That shall be to you better than light and safer than a known way.”
So I went forth, and finding the Hand of God, trod gladly into the night.
And He led me towards the hills and the breaking of day in the lone East.

So heart be still:
What need our little life
Our human life to know,
If God hath comprehension?
In all the dizzy strife
Of things both high and low,
God hideth His intention.

God knows.  His will
Is best. The stretch of years
Which wind ahead, so dim
To our imperfect vision,
Are clear to God.  Our fears
Are premature; In Him,
All time hath full provision.

Then rest: until
God moves to lift the veil
From our impatient eyes,
When, as the sweeter features
Of Life’s stern face we hail,
Fair beyond all surmise
God’s thought around His creatures
Our mind shall fill.

Today, of course, while the secular world hails the New Year, The Church celebrates the Solemnity of Mary, Mother of God.  What was Our Lady’s response when the angel Gabriel told her that she would be the Mother of God?  Did she demand details about her uncertain future?  Did she desire specifics about what would happen and when?  Not at all!  Mary’s answer to the angel was simply, “Let it be done to me according to your word.”  In other words, she too put her hand, so to speak, into the Hand of the Almighty and traveled gladly into the unknown.  “May that Almighty Hand guide and uphold us all.”