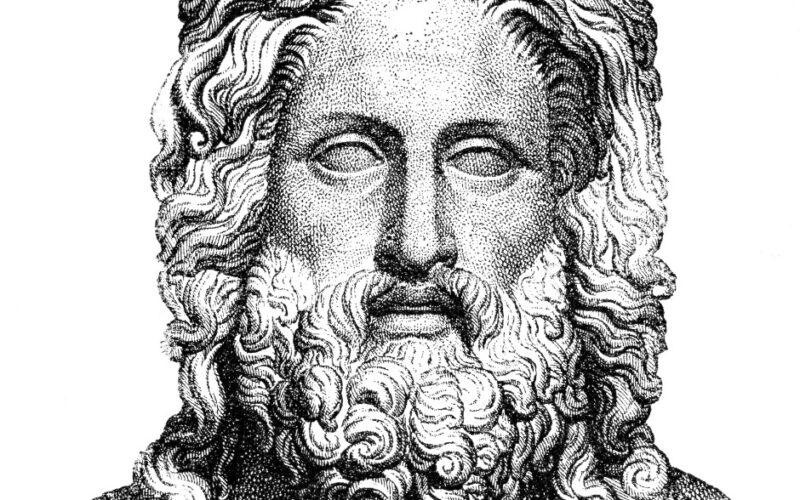 A homily on the Annunciation

Mary said, “Behold, I am the handmaid of the Lord.  May it be done to me according to your word.”

We Catholics hear the Gospel account of the Annunciation so often that I think we fail to appreciate fully at least one aspect of its significance.  Here, then, I shall try to make my point by juxtaposing the stories of two women, one mythical, one historical—the maiden Leda on the one hand and the Virgin Mary on the other.

According to Greek mythology, the god Zeus, burning with desire for the maiden Leda, assumed the form of a vicious swan and took her with great violence.  The result was the conception of Helen, whose abduction would become the pretext of the Trojan War.  The Irish poet and dramatist William Butler Yeats celebrates Zeus’ act of violation in his poem, “Leda and the Swan.”  The opening words are enough to give you the idea:

Above the staggering girl…

Propriety forbids me to quote the rest of the poem—we are in church, after all—but Yeats paints a vivid picture of brutal force and coercion.

When, however, we turn to the Virgin Mary in Saint Luke’s account of the Annunciation, we have a very different story.  The Angel Gabriel comes, not to force, but to propose.  He is gentle, assuring, patient in his explanation.  Another Irish poet and playwright, Oscar Wilde, describes the scene in a meditation entitled “Ave Maria Gratia Plena.”  Thankfully, I do not blush to quote Wilde’s opus in its entirety.  Note that the poet contrasts Gabriel’s gentleness to Zeus’ overpowering exploitation of two other mortal women, Danae and Semele.  The angel’s behavior is anything but forceful.  Why, Gabriel is not even dazzling.  Wilde writes:

Was this His coming! I had hoped to see
A scene of wondrous glory, as was told
Of some great God who in a rain of gold
Broke open bars and fell on Danae:
Or a dread vision as when Semele
Sickening for love and unappeased desire
Prayed to see God’s clear body, and the fire
Caught her brown limbs and slew her utterly:
With such glad dreams I sought this holy place,
And now with wondering eyes and heart I stand
Before this supreme mystery of Love:
Some kneeling girl with passionless[1] pale face,
An angel with a lily in his hand,
And over both the white wings of a Dove.

Can Oscar Wilde’s message of the Annunciation be any clearer?  God never forces His will upon us.  Our yes, if it is to be a yes, is never one that is compelled.  In his journal, In Sinu Jesu: When Heart Speaks to Heart, an anonymous Benedictine monk has recorded the words he received from Jesus during Eucharistic adoration.  On Saturday, October 29, 2011, Our Lord spoke these words:

Those who know Me have a boundless confidence in My mercy, and trust Me to resolve even the most difficult situations with a love that is at once tender and mighty.  Pray to Me with confidence then, for I am the King of Love, and I want to be recognized as such.  I rule in souls, not by coercion, but by My most sweet love.  I rule as a Child King, with gentleness and with an affection that is wholly divine.  I am not a tyrant, nor will I force My rule upon anyone.  I am the Child King who comes in the guise of a beggar, seeking the hospitality of one heart after another.  To those who welcome My rule, I impart warmth and light, food and drink, a glorious raiment, and a share in My kingdom forever.

So step aside, Zeus.  True divinity manifests itself, not in coercion but in invitation, not in brute force but in love.

[1] Was Mary devoid of passion at Christ’s conception?  In his book The Priest Is Not His Own, Fulton Sheen, discusses priestly celibacy and, in doing so, describes the immediate consequences of Mary’s “yes” in nuptial terms: “Too often the vow of chastity is presented negatively as the avoiding of carnal and sinful pleasures.  But is pure water only the absence of dirt, a white diamond merely the negation of carbon?  Chastity is sometimes mistakenly called cold, but not by Francis Thompson, who proclaims it a ‘passionless passion, a wild tranquility’.  Chastity is fire.  No life is produced without fire.  Even the virginal conception of Our Lord had its fire—not human indeed, but the fire of the Holy Spirit.  At that moment, Mary undoubtedly had an ecstasy of soul surpassing the flesh ecstasy of all humans combined.  Such is the joy of begetting through the pure love of the Spirit.”