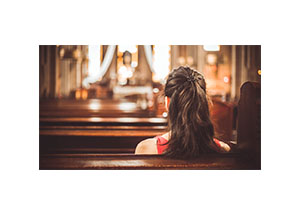 Be still and know that I am God.

Some time ago, I was walking down one of the hallowed hallways of Bethlehem Catholic High School.  It was during second period, so as I went past each open classroom door, I could hear what the teacher therein was saying.  I heard snippets of English, history, French, and mathematics.  When I got to Mr. Sabo’s biology lab, I was in time to hear part of a lecture about a particular kind of snake:  “This species locates its prey by detecting motion.  As long as a potential victim remains perfectly still, the snake is unable to ascertain its whereabouts.  As soon as there is movement, however, the snake closes in for the kill.”  Oh, I thought to myself, I feel a homily coming on!  So here it is.

When we allow ourselves to become overly busy, we become especially vulnerable to the attacks of our old adversary the serpent, that is, the devil.  Regular and habitual periods of sustained prayerful stillness, on the other hand, arm us against satanic assaults.  In her book Don’t Wrestle, Just Nestle, the Dutch Protestant Corrie ten Boom said it best:  “The devil smiles when we make plans.  He laughs when we get too busy.  But he trembles when we pray—especially when we pray together.”  Put simply, prayerful stillness each day keeps the devil away.

So much for Satan.  What about the Holy Spirit?

In the second chapter of the Acts of the Apostles (verse 3), Saint Luke describes the descent of the Holy Spirit on the Day of Pentecost in these words:  “Then there appeared to them tongues as of fire, which parted and came to rest on each of them.”  You and I have seen artists’ renderings of the first Christians on Pentecost Sunday.  Those filled with the Holy Ghost have little flames above their heads.  They look, quite honestly, like human candles.  Now have you ever tried to light a candle held by someone who refuses to hold still?  It is virtually impossible.  That someone is sure to get burned.

Just as a candle needs to be held still in order to receive the flame from a match, so we too need to remain still in regular, daily prayer if we are to be set ablaze with the fire of the Holy Spirit.  I dare say that even the omnipotent Paraclete finds it difficult to hit a moving target.  After all, the descent of the Holy Ghost at Pentecost occurred only after the disciples of Jesus were at prayer for nine whole days!  There is an important truth here.  Being still in regular prayer is vital if we are to receive all that God has to offer us.

The devil seeks to do us ill.