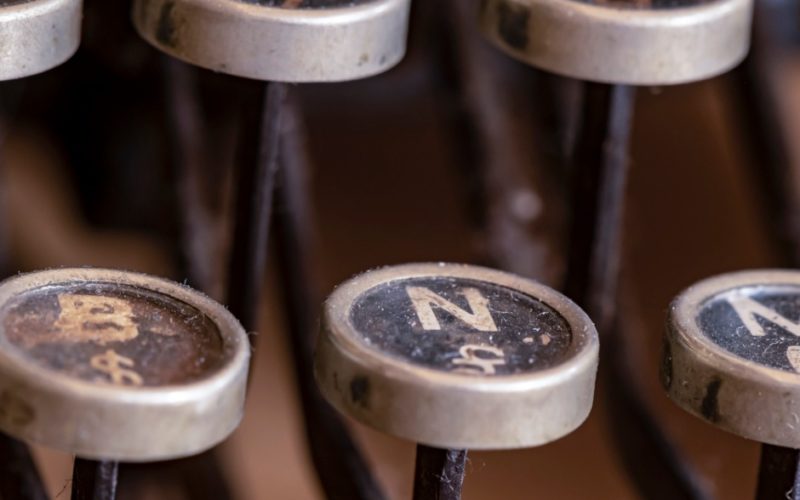 Before I formed you in the womb I knew you
–Isaiah 1:5–

Those who don’t know history are doomed to repeat it.
–Edmund Burke–

In January 2004, American Orthodox rabbi, author, and radio talk show host Daniel Lapin published a letter purporting to have been written by Adolf Hitler from the depths of hell.  The letter is addressed to Julius Streicher, who was hanged by the Allies at Nuremberg on October 15, 1946.  Although Rabbi Lapin produced this letter some years ago, it is, I believe, more apropos than ever.  The entire epistle can be found online and is well worth reading, but time constraints prevent me from presenting it to you in its entirety.  Here, then, in part, is what the letter says:

My Dear Julius, Landsberg prison which I entered on April 1, 1924 and where I wrote Mein Kampf, is strangely similar to this place that I entered after shooting myself on the afternoon of April 30, 1945 and from where I write this letter.  I found myself in both places involuntarily, yet they have each provided me with peace as well as perspective to write of the ideas that fueled our movement….

As one tends to do in the timeless eternity of our existence here, I often reflect upon my single most regrettable error–underestimating America….

Exactly one month after the Japanese betrayed me by attacking Pearl Harbor I told you all at our Berlin headquarters that America is a decayed country.  My feelings against Americanism were feelings of hatred and deep repugnance…  How can one expect a state like that to hold together?  Well, America did hold together and she seized victory from us.  However, and this is important my friend, she has finally adopted many of the vital ideas of our movement.  Could not this be described as an ultimate vindication of all we lived and died for?  Perhaps it is even a victory of sorts….

We may have lost the battle of ideas in the middle of the century, but we Nazis are winning the war of ideas at its end.

Do you remember that awkwardness in late 1940, my dear Julius?  The American consulate in Leipzig reported our policies to the American State Department, of conducting compassionate euthanasia on the patients in the Grafeneck Mental Asylum in Wurttemberg.  What an uproar resulted in America!

But now, one of America’s most prestigious institutions, Princeton University, has appointed as professor of bioethics (whatever that is) one Peter Singer who openly advocates putting to death the mentally defective, the terminally ill and even severely disabled infants.  He would give parents and doctors the right to actually kill—not just withhold treatment—newborns with, for instance, Spina Bifida and hemophilia.  Singer insists that a newborn has no greater right to life than pigs, cows and dogs.  Peter Singer is one of us, Julius.  And the best part of it is that those who most loudly protested our comparatively mild policies in Wurttemberg, have not uttered even a squeak of protest to Princeton University and its professor of bioethics.  The ridiculous idea that all human life is sacred is now finally under attack in America.  A sitting president was reelected after affirming the legitimacy of exterminating infants during birth and doctors in their province of Oregon have begun doing away with the elderly and weak.  Yes, America is certainly coming around to our way of seeing things.

Finally, dear Julius, you will remember what I frequently said and wrote in Mein Kampf: “The state must declare the child to be the most precious treasure of the people.”  I explained that as long as the government is perceived as working for the benefit of the children, the people will happily endure almost any curtailment of liberty and almost any deprivation.  It is truly heartwarming to see how well this lesson has been learned by American government.  In the name of the children, incursions into the private lives of American citizens have been made that we Nazis would have gazed at with open mouthed admiration.  Does it matter that our bodies failed as long as our spirit still triumphs?

I know you have a question to ask me, my friend: What about the Jews?….

We didn’t just kill Jews—we were obsessed with them.  We knew and understood the power their God conferred upon them.  It was either their three thousand year-old vision of holiness or our modern ideas of scientific progress that would prevail in the world….

And it wasn’t just the Jews.  Joseph Goebbels put it quite correctly when he said, “The Fuhrer is deeply religious though completely anti-Christian.  He views Christianity as a symptom of decay.  Rightly so, it is a branch of the Jewish race.”….  We are winning Julius, we are winning….

In our first reading, the Lord says to the prophet Jeremiah, “Before I formed you in the womb I knew you.”  It is, then, I think, dangerous to want to destroy the lives of the unborn and those who are about to be born, for they too are known by God.

What I have said just now may make some of you want to throw me over the brow of a hill and hurl me down headlong.[1]  If that is the case, Rabbi Lapin and I are in good company.

God of grace and God of glory,

On Thy people pour Thy power.

Bring her bud to glorious flower.

Grant us wisdom, grant us courage

For the facing of this hour.[2]

As an afterthought, I should explain that one reason why I am so passionate about Pro-Life issues is because I was born ten weeks premature.  I weighed a whopping three pounds at birth!  My father and mother, however, thought that I was worth loving, despite my early birth, despite my disability.

Speaking of mothers, lest I end this homily on a down note, I wonder if mothers still sing this song to their children.  If you know it, please sing along.  I don’t want to sing alone.  If you don’t know it, why not learn it so you can sing it to your children and grandchildren?

Tell me why the stars do shine.

Tell me why the ivy twines.

Tell me why the ocean’s blue,

And I will tell you just why I love you.

Because God made the stars to shine,

Because God made the ivy twine,

Because God made the ocean blue,

Because God made you, that’s why I love you!

Human beings, from the moment of conception, have inherent dignity.  This dignity is not granted to us by human government.  Nor is it the result of legislative fiat.  It springs from the fact that we are made in the image of God, and loved by God.  And what God has loved, let no man destroy!