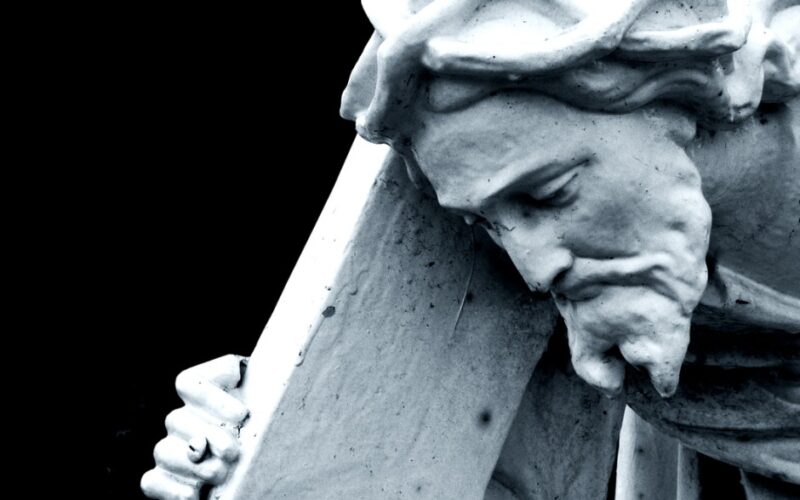 A Homily for the Second Sunday of Lent, Year A

Bear your share of hardship for the gospel with the strength that comes from God.

Years ago, I happened to find a quotation that since then has intrigued me.  It comes from someone named Helen M. Luke, an English woman, born in 1905, who became a prolific writer and, later, a Jungian psychologist.  Here is what Helen Luke writes:

The roots of all our neuroses lie here—in the conflict between the longing for growth and freedom, and our incapacity or refusal to pay the price in suffering of the kind which challenges the supremacy of the ego’s demands.  This is the crux of the matter, and we may pause here to recognize the exact meaning of the word “crux.”  The ego will endure the worst agonies of neurotic misery rather than one moment of consent to the death of even a small part of its demand or its sense of importance.

Thus says Helen Luke.  In other words, our egoistic unwillingness to carry the cross of suffering leads to all manner of psychological problems.  I would go even further and argue that a refusal to carry one’s cross also adds weight to the crosses of others.  To illustrate this, I give you the stories of two priests—one who chose not to carry the cross and one who, instead, decided to embrace it.

In the fall of 1989, when I had been ordained for just over a year, I had a boy in my seventh period theology class whose name I won’t mention here, even though it is forever etched in my memory.  One afternoon, I chanced to see this young man throwing a wad of paper across the room.  My gut reaction was immediate.  How dare this brat take unfair advantage of my blindness! I thought to myself.  I’ll fix his wagon!  I perceived the young man’s offense as a personal affront, and I was going to get even.  That night I plotted how I would make him pay for his blatant disrespect.  The next day, in front of his peers, I thoroughly humiliated the boy by forcing him to sweep the floor after I had angrily dumped out the contents of the classroom trash can.  I did this, not once, but three times!  I wanted to teach that kid a lesson he wouldn’t forget.  I apparently succeeded.  Sure enough, the lad was cowed into submission for the next several days.

All seemed well.  Weeks later, however, long after I had forgotten the unfortunate episode, I found myself reading one of the culprit’s essays.  At the very bottom of the last page were written four words in the smallest of print: I am a failure.  I was stunned.  It was I who had failed—all because I had allowed my own unresolved anger to get the best of me.  I had failed to carry my cross with Jesus and, as a result, only made the boy’s own cross all the heavier.  I had dealt a crushing blow to a teenager’s self-worth.  I had acted more like a beast than a priest.  I had become, as it were, an instrument, not of God, but of the devil.  I was far more blind than I knew.  Good Lord, forgive me!  As for my former student, I am still praying for a happy ending.  Maybe you might want to pray for him too.

Fortunately, there are young priests wiser than I was.  Father John Hollowell,[1] a former high school teacher and chaplain, and now pastor of Saint Paul’s Church in Green Castle and of Annunciation Church in Brazil, Indiana, was recently diagnosed with a brain tumor.  What did he do?  Did he wail and lament?  Did he play the role of victim and make the lives of those around him miserable?  No!  He decided, and said so publically, to offer up his pain and anxiety, for sexual abuse victims.  These are Father’s own words:[2]

[O]ne day after a daily Mass, I just sat in the confessional, and no one came in, and I just cried for a half hour, just thinking about the victims and the pain and the suicides and people leaving the Church and all of it.  Somewhere around at that point, I remember in the rectory just making a prayer: Lord, if I can suffer in some way or take on some kind of suffering for the victims, for the suicides, for the people that have left the Church because of this, I would be happy and honored to do that.  And I felt that as soon as I got this diagnosis, there was an awareness that this is connected to that….  [I]t’s a brain tumor, and…it is something that, in all likelihood,…doesn’t appear to be terminal… [The doctors] feel there’s a good prognosis of being able to take it out in surgery in about a month, then radiation and chemotherapy, and that I’ll live a long and healthy priesthood.  So that’s the general prognosis.

Through social media, Father Hollowell has heard from hundreds of victims, and he has put together a prayer list.  He finds that, since making his offer to God, there is “an added depth to…Mass.”  He says:

I am not asking anybody who’s a victim to…be moved by what I do…  My heart rips apart for you that you’ve experienced this….  I am offering it up for victims.  I think the pollution of the priesthood was a very public thing…and so I just feel like the reparation by priests and bishops needs to be public too.

I’ve gotten hundreds of e-mails, so I’m just in the early stages of processing and responding to those and trying to put names in a spreadsheet to bring with me to the hospital….  There’s so much coming that I haven’t been able to sort it all out yet….  Certainly lots of individual victims….  Some of them are open to …[what I’m doing].  Others aren’t.  If they’re not open to it, I totally respect that…  I would never tell a victim what to feel.

I’m sure there’re going to be dark nights in the midst of the hospital and everything else, but I just feel very much closer to God than I have in a long time, not farther away.

I just ask victims to e-mail me.  My e-mail’s fatherjohnhollowell@gmail.com.  I’m getting hundreds of e-mails right now a day, and I’m trying to process all that.  I don’t want to farm that work out to someone else—out of confidentiality.  If you would like to contact me as a victim, please do.  I would ask that if you’re not a victim, you not send me an e-mail right now, because I’m trying to get it focused on the victims.  But I appreciate all the prayers and support.  If you are a victim and you would like me to pray during this time, feel free to e-mail me.

I must ask myself: When my suffering is unavoidable, am I like Father John Hollowell, or am I like the angry Father Ezaki of decades ago?  Do I, to use the words of Saint Paul, bear my share of hardship for the Gospel with the strength that comes from God, or do I refuse to carry my cross and thus create other victims?  Do I carry my cross, or do I become a cross?

[2] Father Hollowell’s words are made from my own unofficial transcription.