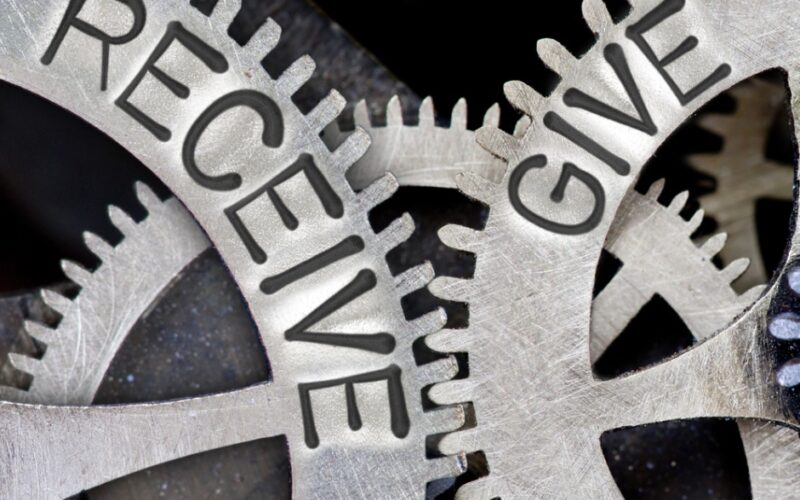 But a Samaritan traveler who came upon him was moved with compassion at the sight.

Today when people discuss American history, it has become fashionable to mention all sorts of atrocities, real or imagined.  Very few, however, discuss one of our country’s greatest endeavors, the Marshall Plan.  From 1948 to 1952, in the wake of World War II, the U.S. spent over twelve billion dollars restoring the economies of Western Europe, including that of Germany.  Even our erstwhile enemy Japan benefited from American benevolence.  When our family visited Japan in 1968, one of my father’s friends, a Mr. Akizuki, said this, and these are his exact words:

I wish you Americans would have bombed more of our cities, because every city you bombed during the War, you built up after the War.  Today, some of our ugliest cities are the ones you never touched.

Wow!  What an incredible statement!  If there is anything that makes me proud to be an American—and I can think of many reasons to be proud—it’s the Marshall Plan.  It’s one of the great monuments of human altruism.

Believe it or not, many people cast doubts on whether there is such a reality as altruism.  A number of psychological studies seem to indicate that what we think of as altruism is really nothing but enlightened self-interest.  In 1973, researchers John Darley and Daniel Batson studied the behavior of students at Princeton Theological Seminary.  They created a scenario not unlike that found in the parable of the Good Samaritan,[1] and their clever experiment seemed to indicate that the degree of hurriedness was the number one determining factor as to whether or not subjects exhibited helping behavior.  63 percent of seminarians who thought that they were in no hurry stopped to offer assistance to a person whom they perceived to be in obvious distress.  However, only ten percent of seminarians who were in a great hurry stopped to offer help.  In some cases, subjects actually stepped over the prone figure of a man who was coughing and moaning—all because they were in a rush to deliver a talk on, of all things, the parable of the Good Samaritan!  Perhaps, Darley and Batson concluded, we human beings, despite our cherished ideas and professed creeds, assist each other only when we find it convenient.

Some theorists have posited the existence of the so-called selfish gene, a gene that makes us want to help only our relatives in order to assure the continued existence of the family in the great evolutionary struggle for survival.  Others have suggested the idea of reciprocal altruism.  According to these thinkers, people offer help only when they perceive some present or future gain.  As the saying goes, “One hand washes the other.”  I’ll help you now, but you owe me.  Another theory, that of indirect reciprocity, maintains that people are willing to help when doing so advances their reputation.  Thus, like it or not, donors are apt to give more to charities if their names and levels of giving are publicized.

If all of this makes human nature seem just a little too cold, unfeeling, and calculating, we can literally take heart from another psychological study.  Here I quote from the podcast The Savvy Psychologist, with Dr. Ellen Hendriksen.  What follows is from Episode 50, which aired on 4 June 2019.

That leaves us with a question: can people be kind without a reward? Is there such a thing as pure altruism? As of yet, there’s no definitive answer, but in the meantime, let’s look at a study from the Personality and Social Psychology Bulletin.

Next, each participant was informed they had a partner in another room and was told to assign one of the tasks to them. The partner won’t know you assigned them their task, the researchers said. They’ll think it was just random chance.

What happened? When asked to put themselves in their partner’s shoes, participants significantly more often assigned the desirable task (and the chance to win raffle tickets) to the partner, sticking themselves with the boring task.

Why would they do this? The researchers concluded that the empathy generated by imagining the partner’s perspective drove altruism. Empathy was the key to the Golden Rule, even when the partner would never know. It was the equivalent of the “Anonymous” listings on the donor wall. In short, imagining how others feel sets the standard for how you should treat them.

In the parable of the Good Samaritan, the Samaritan traveler who came upon the robbers’ victim is described as having been “moved with compassion.”  A clear, calculating intellect is definitely necessary for deciding how we should help our neighbor, but compassion, the ability to feel along with someone else, is clearly the most powerful motive behind any altruistic endeavor.  It’s what prompted our country after the Second World War to raise up our fallen enemies.  It’s what spurred us on to restore even a defeated Japan.