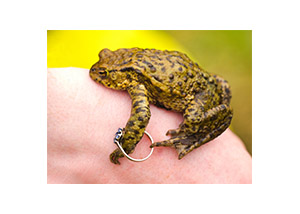 For at the resurrection they will neither marry nor be given in marriage, but will be as angels of God in heaven.

What?  No marriage in the afterlife?  The greatest bond of love a man and woman can know on earth will not survive into the hereafter?  No marriage in heaven?  After hearing these words of Jesus, we ask: Is heaven all that appealing?  Maybe we had better put new words to the old song:

In heaven, there is no marriage,

So earth let’s not disparage.

Forget about your husband or your wife.

No marriage in heaven!  It would seem that heaven is a big negative.  But how can that be?  Every year for more than two decades now, I tell my students the following story.  It is said to have come from the lips of the Buddha.

Once upon a time, the Buddha said, a tadpole wrote a letter of inquiry to a frog:  “Dear Mr. Frog, when I grow up to be a frog like you, will I get to keep my long, beautiful tail?  I love my tail.”

The frog wrote back and answered in the negative:  “No, Mr. Tadpole, when you become a frog, you will have legs rather than a tail.”

Legs? thought the tadpole.  I do not know what legs are.  Somewhat confused, he penned a second letter:  “Dear Mr. Frog, when I grow up to be a frog like you, will I get to keep my gills?  Will there be plenty of clean water for me to breathe?”

In response to this second epistle, the frog wrote back with a definite NO:  “Dear Mr. Tadpole, I must inform you that when you grow up to be a frog, you will not have gills.  You will have lungs.  You will not breathe water.  You will breathe air.”

What are lungs? wondered the tadpole.  What is air?  I have never heard of such things.  Yet the tadpole persisted and wrote the frog a final letter:  “Dear Mr. Frog, when I grow up to be a frog like you, will there be plenty of green vegetables for me to eat?  I love my vegetables.”

Again the frog wrote back with a resounding NO:  “Mr. Tadpole, I must tell you that when you become a frog, you will not eat vegetables.  Instead you will be eating flies.”

What in the world are flies? the tadpole asked himself.

Now you can well imagine that after this third letter from the frog, the tadpole was very discouraged.  In fact, he was not at all certain he wanted to become a frog.  Yet he did grow up to become a frog, and he soon discovered that it was a lot more fun to hop around on legs than to swim with a tail, that it was more exhilarating to breathe air with lungs than to breathe water with gills, and that it was infinitely more satisfying to eat flies than to eat green vegetables.

The point that I am trying to make here is that the word NO can be a whole lot more revealing than the word YES.  This is certainly true when it comes to the Catholic Faith and especially true when it comes to the subject of heaven.  As far as heaven is concerned, NO is probably the best answer to all of our questions, not because heaven itself is a negative reality, but precisely because none of our mental concepts can even begin to encompass the awesome eternity God has in store for us.  I repeat:  When it comes to heaven, NO is most likely the fullest answer to any of our questions.  This is what theologians call the via negativa, that is, the way of negation.  Listen to the negatives in Saint Paul’s very positive description of heaven in 1 Corinthians 2:9:

But, as it is written, Eye has not seen or ear heard, nor has it entered into the heart of man, what things God has prepared for those who love him.

You can be sure that when God says NO, there is always a greater YES behind it.  Thus if there is no marriage in heaven, you can bet that marital love is not scorned in paradise but rather transcended.  The holy love of husband and wife will not only survive in the Kingdom of Heaven, but will thrive in a higher form.  Our tadpole learned that breathing air was far better than breathing water.  Both are means of obtaining oxygen, but only those who breathe air are able to sing!

All that having been said, mes amis, let me conclude with a word of warning.  The joys of this world are so tangible and enticing.  God’s NOs, by contrast, are so daunting and make heaven seem so ephemeral.  If we are not careful, we can forget why God created us in the first place.  Some of you may remember Question 6 of the old Baltimore Catechism:

Question:  Why did God make you?

Answer:  God made me to know Him, to love Him, and to serve Him in this world, and to be happy with Him forever in the next.

I like to tell people about my Uncle Will.  Now Uncle Will Nestleton is not what you would call the brightest light on the Christmas tree or the sharpest knife in the drawer.  For instance, some time ago, Uncle Will bought himself a jigsaw puzzle, and for six months, he spent endless hours every night trying to put the thing together.  When he finally completed it, he carefully covered it in plastic and brought it in to work to show it to everyone.  No one in the office, however, seemed to share Uncle Will’s enthusiasm.  He got comments like:  “Big deal, Will.  What’s so great about that?”  “But you don’t understand,” pleaded Uncle Will.  “This puzzle took me half a year to complete.  On the box, it says, ‘Six to eight years’!”

Not too long ago, Uncle will returned from a ten-day trip to Disneyworld.  He and his wife, Aunt Myrtle, spent a lot of money and stayed at the high-scale hotel, the Grand Floridian.  After his vacation, our family asked him:  “Uncle Will, how did you like your trip to Disneyworld?”  He responded:  “I loved the Grand Floridian.  They’ve got great swimming pools, awesome accommodations, terrific restaurants and bars, breakfast with the cartoon characters, and you can even watch the monorail go by.”  “But, Uncle Will,” we continued, “how about Disneyworld?”  Will repeated:  “I told you.  The restaurants, the bars, the accommodations, the swimming pools—everything was terrific.”  “But, Uncle Will,” we persisted, “Did you take the monorail and visit the Magic Kingdom?  Did you have dinner in King Stephan’s Castle?  Did you see the Hoopty Do Review in Frontier Land?  Did you visit the foreign countries in Epcot Center?  Did you ride the Tower of Terror in MGM Studios?  Did you attend the luau in the Polynesian or get wet in Typhoon Lagoon?”  Uncle Will just stood there with a very blank expression on his face.  Then it hit us!  He and Aunt Myrtle had gone all the way to Disneyworld, and it did not even occur to them to leave their hotel!  Uncle Will had mistaken his hotel for his destination!  What a wasted trip!  No hotel, not even the luxurious Grand Floridian or the Dolphin or the Swan, could ever compare with the magnificent sights and sounds of Disneyworld.

So take heed.  The world in which we now live is full of all manner of beautiful and enticing things.  It contains indescribable joys and wonders untold.  Yet when all is said and done, it is at best, as C. S. Lewis aptly puts it, a comfortable inn along the way, not our final destination.  How wasted our lives would be if we gave all our attention and time and concern to the things of this world and gave no thought to eternity!  How tragic not to become a saint!

Let us resolve, then, to make God the first priority of our lives, to stay close to Him in prayer, to receive the sacraments worthily and regularly, to love our neighbor as ourselves and to perform works of charity.  Put briefly, let us resolve to see everything in the light of eternity.  It takes grace to become a saint, but it also takes a determined resolve.  Any tadpole that lives long enough will be transformed into a frog whether it likes it or not, but becoming a saint is a decision—a decision that begins right now.  Let us resolve–despite Our Lord’s negative language about heaven, despite all the positive joys of earth—let us resolve not to forget the purpose for which we were made.  Let us not miss heaven for the whole world.  Let us decide for heaven.  Let us decide for God.