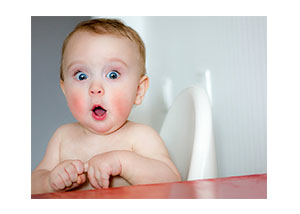 He [viz. John the Baptist] went throughout [the] whole region of the Jordan, proclaiming a baptism of repentance for the forgiveness of sins, as it is written in the book of the words of the prophet Isaiah: “A voice of one crying out in the desert: ‘Prepare the way of the Lord, make straight his paths.  Every valley shall be filled and every mountain and hill shall be made low.

The winding roads shall be made straight, and the rough ways made smooth, and all flesh shall see the salvation of God.’”

September 13, 2011:  Seven hundred and fifty teenagers in Bethlehem Catholic High School’s auditorium were growing impatient.  They had been waiting for more than an hour for the arrival of nationally known speaker Mark Houck, founder of the Catholic organization The King’s Men.  Mark had been scheduled to speak to the restive adolescents but had completely forgotten his engagement.  By the time he discovered his scheduling error, he realized that he would be at least an hour late.  He hopped into his car and rushed to the high school.  But in the meantime, what were we school administrators to do with an auditorium full of discontented teens?  The natives were certainly getting restless.

At last, Mark strode confidently down the aisle of the auditorium, and within seconds there was silence, and every student was in the palm of his hand.  How was he able to hold the youth spellbound so quickly?  Supported lovingly in his arms, wearing an expression of wide-eyed wonder, sat his nine-month-old baby daughter Ava Marie, pacifier in mouth.  Her alert innocence in the presence of so many people conquered everyone in the place.  The mountains of teenage impatience and irritation suddenly crumbled.  The valleys of adolescent apathy were abruptly filled in.  Thus the clever speaker gained unobstructed access to the heart of every listener.  An amazing stroke of genius on the part of Mark Houck!  He used a baby to win all of us over.

A baby—so full of hope and trust—has a marvelous way of toppling our pride and raising us up out of our sadness.  That’s one reason why the Son of God came to earth as a baby.  That’s why Jesus comes to us as an infant every Christmas.  His humility flattens the mountains of our pride.  His joy and delight fill in the depths of our depression.  To the extent that the world makes room for babies, it will, quite naturally, make room for Christ.

And to the extent that the Christ-Child conquers us, He will, most assuredly, undo the work of Satan.  The priest, poet, and martyr, Saint Robert Southwell, in a poem entitled This Little Babe, puts it this way:

Is come to rifle Satan’s fold;

All hell doth at his presence quake,

Though he himself for cold do shake;

For in this weak unarmed wise

The gates of hell he will surprise.

With tears he fights and wins the field,

His naked breast stands for a shield,

His battering shot are babish cries,

His arrows looks of weeping wyes,

His martial ensigns Cold and Need,

And Feeble Flesh his warrior’s steed.

His camp is pitched in a stall,

His bulwark but a broken wall;

The crib his trench, hay stalks his stakes;

Of shepherds he his muster makes;

And thus, as sure his foe to wound,

My soul, with Christ join thou in fight;

Stick to the tents that he hath pight.

Within his crib is surest ward;

This little Babe will be thy guard.

If thou wilt foil thy foes with joy,

Then flit not from this heavenly Boy.[1]

If I were Satan, I would see to it that the world looks upon children as an irritation, a nuisance, and a downright burden.  I would fill the earth with baby killers like Herod the Great.  I would make sure that Our Lord’s woeful prophecy on the Via Dolorosa is fulfilled down to the smallest detail:  “for indeed, the days are coming when people will say, ‘Blessed are the barren, the wombs that never bore and the breasts that never nursed.’”[2]  I would harden human hearts to such an extent that people would find it all but impossible to embrace the Christ-Child.  That’s what I would do if I were the devil.

But if I were God, I would see to it that the world is filled with loving parents, like Mark Houck, and with young people, like the students of Bethlehem Catholic High School, whose hearts are still capable of being softened by the tender innocence of a baby.

[1] The following comes from the booklet Forty Martyrs of England and Wales by James Walsh, SJ, pages 24-25:

Saint Robert Southwell was born at Horsham St. Faith, Norfolk, in 1562.  His father, a courtier of Elizabeth I, conformed to Protestantism out of ambition.  His mother, however, remained a Catholic, and Robert was brought up in the old faith.  He was only in his fifteenth year when he entered the English College at Douai, and two years later he sought admission to the Society of Jesus in Belgium but was refused on account of his youth.  He persisted, however, and showed his determination by walking all the way to Rome, where he was admitted to the Jesuit novitiate in 1578.  Ordained a priest, he returned to England in 1586, and for the next six years, he labored with great zeal and success in and around London.  It was at this time also that he produced his many well-known works of prose and poetry, which give him an honored place in the history of the golden age of English literature.  He had many hairbreadth escapes, but was finally arrested near Harrow in 1592, betrayed by a Catholic girl who had fallen into the hands of Richard Topcliffe.  He was tortured with extreme severity both in Topcliffe’s house and in the Tower of London, but his tormentors failed completely to extract any confessions from him.  After two and a half years in prison, he was tried in Westminster Hall and condemned to death for his priesthood.  Next day, 21 February, 1595, at the age of thirty-three, he was hanged, drawn and quartered at Tyburn.  On the scaffold he prayed for the Queen, professed his faith and his priesthood, and begged his friends to pray for his perseverance in the final struggle.  His last words were:  “This my death, my last farewell to this unfortunate life, and yet to me most happy and most fortunate.  I pray it may be for the full satisfaction of my sins, for the good of my country, and for the comfort of many others.  Which death, although it seems here disgraceful, yet I hope that in time to come it will be to my eternal glory.”