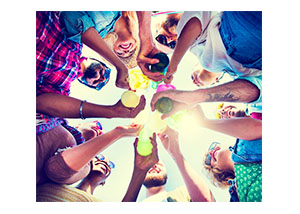 That is what happens to those who pluck and eat fruits at the wrong time and in the wrong way.  Oh, the fruit is good, but they loath it ever after.

Some of you history buffs may know that in 1905, the obscure Muscovite scientist, Ivan Tolivsky (1842-?), after decades of careful research, formulated an elixir that he guaranteed would extend the life of anyone who drank it by one hundred years.  That’s right.  You heard me correctly.  An entire century!  That same year, before Brittan’s Royal Academy of Science, Professor Tolivsky, speaking in a heavy Russian accent, addressed these words to his astonished listeners:

My esteemed colleagues, I assure you that anyone who drinks this potion will live precisely one hundred years longer from the moment he takes it.  But, you ask, is this elixir for everybody?  Nyet.  If you are infected with grave illness or are suffering from serious disease, I do not recommend that you take this potion.  Minor cuts and scratches?  No big deal.  Common cold?  Not to worry.  But if you have serious illness, you had best refrain from drinking this tonic.  It is a dangerous undertaking to consume the elixir of life.  There are benefits, to be sure, but there may also be negative consequences.

Alas!  Before Professor Tolivsky could demonstrate the merits of his discovery to the world, the said potion, formula and all, was stolen!

Madame Melissa Forethought, a miserable, ruthless, and extravagantly wealthy New York heiress, who at the time was sixty-seven years old, wanted desperately to live at least until the year 2000.  In addition, she was also determined to be the first person to try Ivan Tolivsky’s concoction.  It should therefore come as no surprise that the purloined potion, by various and devious means, fell into her greedy clutches.

In the presence of five accomplices, Madame Forethought consumed a draft of the elixir of life.  Thereafter, she did live an additional one hundred years.  Unfortunately for her, her doctors had failed to diagnose the presence of pneumonia bacteria in her lungs.  Not only did the evil heiress live a hundred more years, but the pneumonia streptococci also lived a hundred more years, making the rest of her long life thoroughly wretched.  It is a dangerous undertaking to consume an elixir of life!  There are benefits, to be sure, but there may also be negative consequences.

Melissa Forethought died in April 2005 in one of our nursing homes here in Easton.  Her obituary conveniently omitted the fact that she had been born in 1838.  You and I, however, know the truth.  As for poor Professor Ivan Tolivsky, in 1906 he was unceremoniously drummed out of the Rossi’iskaya akade’miya nau’k as a quack.  He and his potion were never heard from again—except, of course, until now.[1]

In John 6:51, Jesus speaks about the Holy Eucharist.  He says:  “If anyone eats of this bread he shall live forever.”  Yet the Church reminds us that we must take great care in approaching the Blessed Sacrament.  Saint Paul warns:

But let a man prove himself, and so let him eat of that bread and drink of the cup; for he who eats and drinks unworthily, without distinguishing the body, eats and drinks judgment to himself.[2]

In other words, all those conscious of serious sin (mortal sin) would do best to refrain from receiving the Eucharist until after they have gone to confession.  It is a dangerous undertaking to consume the Bread of Life!  There are benefits, to be sure, but there may also be negative consequences.

[1] The preceding account of the career of Ivan Tolivsky is very loosely based on a science fiction short story I once read in high school.  Unfortunately, I no longer recall the title or the author.