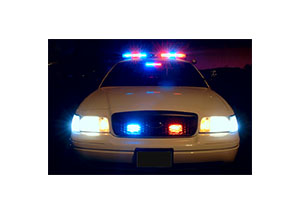 And then they will see the Son of Man coming upon clouds with great power and majesty.

Behold, he is coming amid the clouds,

and every eye will see him.

Years ago my friend, Father Frans Berkhout, and I were on our way to my sister’s house in Connecticut.  Father Frans, who was in the driver’s seat, of course, was making good time while I was sound asleep in the passenger’s seat.  Eventually I did wake up, although I stayed perfectly still as if I were asleep.  I decided I’d play a trick on my friend.  Ever so softly I began to whistle in imitation of a police siren.  Father Frans looked around frantically, and—wouldn’t you know it?—I perceived a sudden and dramatic decrease in the car’s velocity.  I began to laugh.  “What did you do that for, Bernie?” Father Frans cried in his high-pitched, New-York-accented voice.  “Not for nothing, you could have gotten us killed!  I thought they got me.”

Hmm.  How do drivers respond to an approaching police car?  I think that depends on their consciences, and their consciences often point to their behavior.  If a motorist is in trouble—let’s say stranded on the side of the road in the dark of night in a winter snowstorm—he will look upon the approaching police car as a welcomed sign of rescue and deliverance.  If a driver is not doing anything wrong but simply going about her innocent daily business, she will regard the police car as no big deal.  If, however, a driver has been doing something wrong or illegal, he will, at the first sight of the police, experience a very unpleasant adrenalin rush.  He will regard the siren and flashing lights with uneasiness or downright dread.  How we respond to an approaching police car all depends on how we have been behaving.  I told something similar to our school children, only I spoke, not about police, but about fairy tales.

A good fairy tale will appeal to the young at heart of all ages.  George MacDonald, fairy tale author par excellence, declared: “I do not write for children, but for the childlike, whether of five, or fifty, or seventy-five.”  Some of my all-time favorite fairy tales are The Chronicles of Narnia by C.S. Lewis.  I picked up the first one while in college, and I couldn’t rest until I had devoured all seven.  Since then, I have returned to these classics again and again.

The first book in the Narnia series is entitled The Lion, the Witch and the Wardrobe.  Four children—Peter, Susan, Edmund, and Lucy—find themselves in the enchanted land of Narnia, which is under the dominion of the evil White Witch, who makes it always winter but never Christmas.  Yet the children learn that Aslan, the Great Lion, Son of the Emperor over the sea, is coming to set Narnia free.  Here is what Lewis writes:

And now a very curious thing happened.  None of the children knew who Aslan was, but the moment… [his name was spoken], everyone felt quite different, as if something jumped inside of them.  Edmund [who was secretly working for the White Witch] felt a sensation of mysterious horror.  Peter felt suddenly brave and adventurous.  Susan felt as if some delicious smell or some delightful strain of music had just floated by her.  And Lucy got the feeling you have when you wake up in the morning and you realize that it’s the beginning of the Holidays or the beginning of summer.

Notice:  While all four children heard the name Aslan, each felt differently about that name, and the way he felt depended on how he was behaving.  Edmund was horrified by the thought of Aslan because, unlike his siblings, he had met the White Witch and was under her spell.  Peter, Susan, and Lucy, on the other hand, rejoiced at the name of the Great Lion because they were basically very good children.  Again, all four children learned that Aslan was coming, but Aslan’s coming was good news only for those who were living good lives.

As the Church’s liturgical year draws to a close and as we approach Advent, our readings at Mass tell us more and more about Christ’s coming again at the end of time to bring about the final defeat of Satan.  The important question is this:  If I knew for certain that Jesus were coming some time tonight, how would that make me feel on the inside?  Would I be like Edmund—filled with guilt and dread because I had been doing something wrong?  Or would I be like Peter, Susan, and Lucy—filled with a sense of longing because I had been living a good life?

By the end of The Lion, the Witch and the Wardrobe, wicked little Edmund does repent and makes peace with Aslan.  He actually turns out to be a great hero and king.  It is he who ultimately breaks the White Witch’s golden wand.  If we are not comfortable at the thought of Christ’s coming tonight, maybe we had better repent and make peace with Jesus while there is still time.  Who knows what great things Christ has in store for us?

Remember, whether we like it or not, Christ is coming—but without a siren!