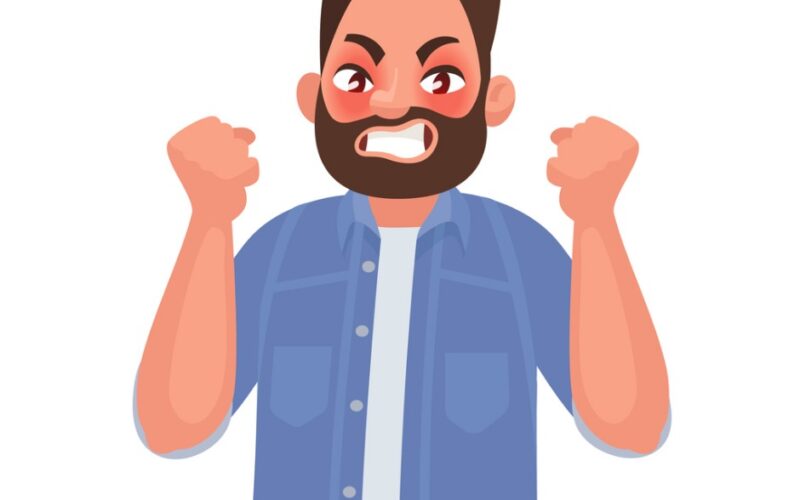 A Homily for the Thirteenth Sunday in Ordinary Time, Year C

When the days for his being taken up were fulfilled, he [i.e. Jesus] resolutely determined to journey to Jerusalem, and he sent messengers ahead of him.  On the way they entered a Samaritan village to prepare for his reception there, but they would not welcome him because the destination of his journey was Jerusalem.  When the disciples James and John saw this, they asked, “Lord, do you want us to call down fire from heaven to consume them?”  Jesus turned and rebuked them, and they journeyed to another village.

I can really identify with James and John in this Gospel passage.  The Samaritans won’t let Jesus and His disciples pass through their village.  The two sons of Zebedee become really angry, and they want to call down fire from heaven to obliterate the whole place.  I can identify.

In my younger days, I used to really fume to the point where I would see red—no small accomplishment when you’re legally blind.  I could sure blow my top.  This was especially true in my early days of teaching.  My former students from the Bethlehem Catholic High School Class of 1992 are probably still in therapy!

Here is an example of an occasion on which I would typically seethe.  If I caught a student breaking school rules by chewing gum, I would automatically assume that the kid was chewing gum primarily to take advantage of my bad eyesight, and then I would becme angry at what I perceived as an affront to my dignity.  Every time I discovered one of my sophomores chewing gum, I’d take it personally and blow a gasket—until, after a few sessions with our diocesan psychologist, I began to see things somewhat differently.

I came to realize that students were not chewing gum because they wanted to take advantage of my poor vision but that they were chewing gum because they simply liked the experience of chewing gum.  As a matter of fact, I like to chew gum, too.  It helps me focus.  In other words, kids were not saying to themselves: What could I do to take advantage of Father’s bad eyesight?  I know!  I’ll chew gum!  No.  That’s not what was going through the kids’ minds.  The kids were more likely thinking: Boy, a piece of gum would probably be really good right now.  Maybe if I chew gum, Father might not catch me.  I realized that, when it came to my students chewing gum, I was confusing a contributing factor to the decision making (Father might not catch me) with the motive behind the decision making (I want a piece of gum).  To put it bluntly, I was telling myself a lie about my students, and then I was becoming angry at my own lie.  Once I came to realize that I was getting angry at my own lie, I could calm down.  Chewing gum was still against school policy, and maybe rightly so, but I no longer had to take the infraction personally and could thus deal with it more objectively.

Come to think of it, not only was I an angry young teacher, I was an angry young priest.  I recall that, on one occasion, upon learning that the two parties of an engaged couple were living together, I became very angry.  Here were two people who were violating Church teaching, and since I was a representative of the Church, I took it personally.  “Don’t you know,” I asked the pair in an angry interrogator’s tone of voice, “that this means that you cannot receive the sacraments and that, according to psychological studies, you’re increasing the likelihood of your marriage ending in divorce?”  I’m sure you won’t be surprised to learn that the appointment went badly and that the couple did not request me to preside at their wedding.

In time I did a little soul-searching.  I came to realize that this young man and young woman had not said to one another, “What can we do to make ourselves ineligible to receive the sacraments or to increase the likelihood of a divorce?  Hey, let’s live together!”  That’s not what they had told themselves.  Their decision to cohabit was probably motivated by other considerations: We can save money or sexual intimacy is a wonderful experience that we need not put off until marriage.  I was confusing the results of the couple’s cohabiting (their being barred from the sacraments and having an increased likelihood of divorce) with their motivation to cohabit (their ability to save money and their enjoyment of sexual intimacy).  Again, I was telling myself a lie and then becoming angry at the lie I told myself.  Once I realized I was lying to myself, I could calm down.  Yes, a couple’s cohabitation prior to marriage is still a serious sin.  It still bars them from the sacraments.  Yes, a couple’s living together still increases the likelihood of their divorce.  Once, however, I recognized my own lie, I did not have to take the couple’s decision personally.  Thus I can now handle similar cases with increased objectivity.  A good cardiologist does not take personally the arterial sclerosis of a patient who insists on eating foods high in cholesterol.  Likewise, I do not have to take personally the bad decisions of others.

In Saint Paul’s Epistle to the Galatians, the Apostle says:

For the whole law is fulfilled in one statement, namely, “You shall love your neighbor as yourself.”  But if you go on biting and devouring one another, beware that you are not consumed by one another.[1]

A psychologist recently told me that the number one mistake people make is assigning false motives to others.  How often in our dealings with one another, especially in our political dealings with one another, do we commit the sin of rash judgment?  How often do we falsely attribute bad motives to others and then become angry at the very lies we’ve told ourselves?  If someone disagrees with us, we automatically assume that that person is filled with hatred, bigotry, ignorance, or malice.  Then we become angry and start hurling hurtful names.  Might we not instead begin with the premise that those who disagree with us have, if not reasonable motives, then at least understandable ones?  Might we not love our neighbor as we love ourselves and attribute to our neighbor, until proven otherwise, the best possible motives?  If we must see red in our political dealings with one another, let it not be the red of anger but instead the red of valor, always accompanied by the white of pure intentions and the blue of justice.