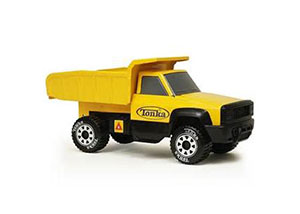 A Homily for the Third Sunday of Lent, Year C

And he told them this parable: “There once was a person who had a fig tree planted in his orchard, and when he came in search of fruit on it but found none, he said to the gardener, ‘For three years now I have come in search of fruit on this fig tree but have found none.  [So] cut it down. Why should it exhaust the soil?’  He said to him in reply, ‘Sir, leave it for this year also, and I shall cultivate the ground around it and fertilize it; it may bear fruit in the future.  If not you can cut it down.’”

“He doesn’t like being tied down—and of course he has other countries to attend to.  It’s quite all right.  He’ll often drop in.  Only you mustn’t press him.  He’s wild, you know.  Not like a tame lion.”

Comedian Rodney Dangerfield once observed, “I could tell my parents hated me.  My bath toys were a toaster and a radio.”  Come to think of it, my parents gave me some pretty dangerous toys too.  There was the Tonka Toy diecast steel dump truck.  I remember cutting my finger on that at least twice.  Then there were the very heavy Lionel cast-iron electric locomotives.  If thrown, they could be quite deadly.  In addition, I had a whole set of miniature tools that were sold by the Marx Company under the brand name Pocketools.  These included a tiny saw, drill, and plane, all of which I learned, from painful experience, were quite sharp.  When I was a kid, toys were dangerous!  Today, however, the world of toys has changed.  Toys for small children tend to be devoid of sharp edges and corners.

I sometimes wonder if we haven’t removed all the sharp edges and corners from our ideas about God.  I’m afraid that often my image of Jesus resembles a cuddly Teddy bear far more than the majestic cosmic Judge portrayed in the book of Revelation.  If I am uncomfortable with Biblical language of divine judgment, punishment, and hell, perhaps it’s because I’ve grown accustomed to the comfortable God of my own making.  However, consider this:

On the afternoon of October 18, 1985, Father Steven Scheier, then a priest of the Diocese of Wichita, was driving east through the Flint Hills of Kansas on Highway 96 when he was involved in a head-on collision with a pickup truck.  Fortunately, the three persons in the truck were not killed, but Father Scheier was thrown from his vehicle.  The scalp on the right side of his head was torn off, and he suffered a concussion as well as a break in his C2 vertebra.

Shortly after the accident, Father Scheier, unconscious of medical professionals’ attempts to save him, had what might be called a near-death experience.  He later described it this way:[1]

I was before the judgment seat of Jesus Christ.  I didn’t see Him.  I just heard His voice.  I have no way of telling how long it lasted, but Our Lord went through my entire life, accusing me of various unconfessed mortal sins, to all of which I said yes.  There was no rebuttal.  I was talking to Truth, and when you’re talking to Truth, you can’t give excuses.  All you say is yes.  That’s all I said.  “Yes, Lord.  I know.”  Finally, Jesus told me my sentence was hell.  Again, I said, “Yes, Lord.  I know.”  That’s the only logical thing I could have said.  I knew this is what I deserved.

Then I heard a feminine voice:  “Son, will you please spare his life and his eternal soul?”

To this Our Lord responded, “Mother, for twelve years he’s been a priest for himself and not for Me.  Let him reap the punishment he deserves.”

Mary’s voice pleaded: “But, Son, we can give him special graces and strengths, and then see if he bears fruit.  If not, your will be done.”

There was a very short pause, after which Jesus replied, “Mother, he’s yours.”

Miraculously, Father Scheier survived his injuries and recovered in record time.  He was released from the hospital on December 2 and was allowed to return to his parish the following May.  “Ever since then,” Father asserts, “I have been Mary’s.”[2]

That sounds like the parable of the fig tree in this morning’s Gospel.  Now listen to what C.S. Lewis has to say.  In his book, Letters to Malcolm: Chiefly on Prayer, we find these words at the end of Letter XIV:

That, by the way, explains the feebleness of all those watered versions of
Christianity which leave out all the darkest elements and try to establish a
religion of pure consolation. No real belief in the watered versions can last.
Bemused and besotted as we are, we still dimly know at heart that nothing
which is at all times and in every way agreeable to us can have objective reality.
It is of the very nature of the real that it should have sharp corners and rough
edges, that it should be resistant, should be itself. Dream-furniture is the only
kind on which you never stub your toes or bang your knee. You and I have both
known happy marriage. But how different our wives were from the imaginary
mistresses of our adolescent dreams! So much less exquisitely adapted to all our
wishes; and for that very reason (among others) so incomparably better.
Servile fear is, to be sure, the lowest form of religion. But a god such that there
could never be occasion for even servile fear, a safe god, a tame god, soon
proclaims himself to any sound mind as a fantasy. I have met no people who
fully disbelieved in Hell and also had a living and life-giving belief in Heaven….
The soul that has once been waked, or stung, or uplifted by the desire of God,
will inevitably (I think) awake to the fear of losing Him.

Well said, Professor Lewis!  A God without sharp edges or rough corners, a religion without the possibility of hell, can hardly be real.  The real God, like the toys of my boyhood, is dangerous.

[1] I have slightly edited Father’s words for the sake of clarity.

[2] The information about Father Scheier comes mostly from a segment of Mother Angelica Live which aired on 15 April 1997.  You can find the segment on YouTube under the title, “Father Steven Scheier’s Judgment Experience.”