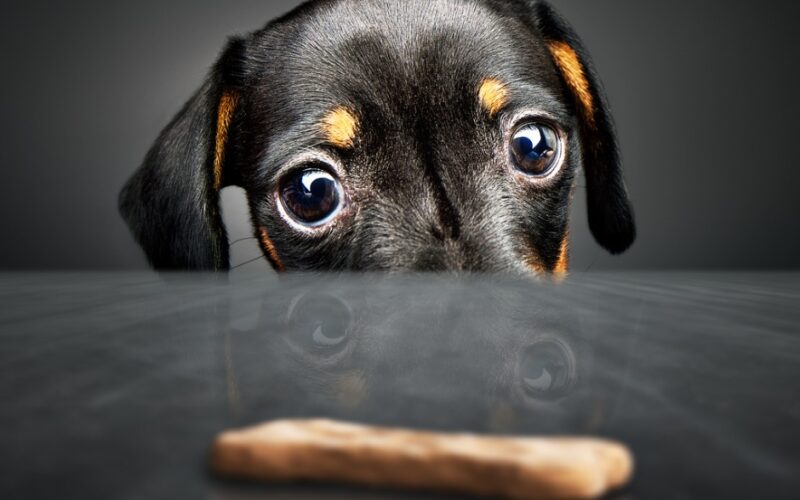 A Homily for the First Sunday of Lent

I am old enough to remember the cartoon character Fred Flintstone depicted in the throes of temptation—with a winged and haloed angel on his right shoulder and a horned, pitchfork-bearing devil on his left.  Fred was part of my childhood.  Today, however, I want to take a grown-up look at temptation.

Temptation is “any stimulation or invitation to do evil, to commit sin,”[1] to take an illegitimate shortcut.  It is, in and of itself, obviously not a sin.  After all, Our Lord experienced temptation.[2]  Padre Pio, the well-known Italian stigmatist of the last century, says, “There can be no guilt except in that which the soul wills or, not having willed it, approves it and does not make an effort to remove it.”[3]  In other words, there can be no sin in temptation unless the will consents.

In common usage, the word “temptation” has a mostly negative connotation.  How wonderful, we think, life would be if there were no temptations!  However, believe it or not, temptation is not all bad.  Our English word “temptation,” in fact, actually comes from the Latin temptare, which means to test or try.  Consult any high school sophomore, and he’ll tell you that school would be a lot more fun if there were no tests.  What I want to know is: Would that sophomore really learn anything?  For all but the most motivated among us, tests are necessary to get us to grow and learn.  I’m afraid the same is true of temptation.  It is through temptation that we can learn and grow in the faith.

There is, for instance, nothing like temptation to instruct us concerning our own weaknesses.  According to the Catechism of the Catholic Church, “No one but God knows what our soul has received from him, not even we ourselves.  But temptation reveals it in order to teach us to know ourselves, and in this way we discover our evil inclinations.”[4]  Temptation is a powerful lesson in self-knowledge.

Are we then to ask for or seek out temptations?  Obviously not!  Our Lord taught us to pray, “Lead us not into temptation.”[5]  What mariner, for example, in his right mind would ever pray for storms or deliberately sail his ship into one?  What sailor would ever pray for possible shipwreck or disaster?  It is, nonetheless, certainly true that, as I used to say to my students, “a smooth sea never made a skillful sailor.”  A sailor who never faced a squall would never become a master seaman.

So it is with temptation.  Let’s not tempt fate, so to speak, by praying for temptations.  Let’s not put ourselves in places and situations where we know we will be tempted.  However, when we are tempted, and we will be, we know that with God’s help, we can use temptation to our benefit.  Padre Pio says: “If the soul would know the merit which one acquires in temptations, suffered in patience and conquered, it would be tempted to say, ‘Lord, send me temptations!’”  Also, here’s what Jesus said to Saint Faustina: “Know that by fighting bravely, you give Me great glory and amass merits for yourself.  Temptation gives you a chance to show Me your fidelity.”[6]  Thus resisting the world, the flesh, and the devil can make us better Christians.  Want a real-life example?  Consider the following.

In August 1990, Bosco Gutiérrez Cortina, a wealthy thirty-three-year-old Mexican architect, executive, and the father of seven children was kidnapped.  His abductors wanted to extort a substantial amount of money from his wealthy industrialist father and from his large family.  They stripped Bosco of all his clothes, kept him locked in a tiny cell with no windows and no clocks, and they continually piped in the same hour-long mix of a radio station’s music and ads.  They communicated with him only through written notes.  After a few days of this, Bosco’s nerves were completely raw.

Then, surprisingly, the kidnappers gave Bosco a note, asking if, in honor of Mexican Independence Day,[7] he would like a drink—whatever kind he wanted.  Bosco couldn’t believe it.  A ray of hope!  He wrote down the name of his favorite drink—a high-ball-sized glass of whisky.  Then began what Bosco later called the cult of the whisky.  As he waited for his drink, it was all he could think about.  He started to fantasize about it, to dream about it.  It became his obsession, his idol.  When his captors finally brought him the drink, he held it in his hands like a treasure.  He ran the glass along his unshaven, dirty face.  Bosco smelled the whisky.  He gazed at it.  Building up his anticipation to the maximum, he even imagined what it would taste like.

When, however, Bosco was about to take his first sip, a strange thing happened.  He heard a voice in the depths of his being.  Somehow, he later said, he knew it was God’s voice. The voice said, “Bosco, give up the whisky.  Show me that you are strong.  Give me the drink.  Offer it up.  Give me something that is under your control.”  Bosco couldn’t believe it.  All of his energy and attention and hope had been focused on that drink.  He just stared at it, wanting it. He heard God’s voice again: “Offer Me the drink.”  He battled with himself interiorly.  Finally, he realized that if he took the drink, he would be giving in to the kidnappers.  If he gave it to God, he would be asserting his own dignity and integrity.

What did Bosco do?  He gave the whisky to God.  He didn’t drink it.  He poured it out.  He wrote himself a note: “Today I won my first battle.  I know at the end I can still be free, that I am not a piece of nothing.”

From that moment on, Bosco began to recover his inner freedom and strength.  He designed himself a regime of regular prayer, exercise, and Bible study.  He decided to give his Catholic faith 100%.  Eventually, after nine months of captivity, he actually managed to escape.[8]

Here is a consoling thought: if you are being tempted, it can only mean that the devil hasn’t gotten you yet.  Otherwise, why would he bother with temptation?  Again, here are the words of Padre Pio:  “Remember this, if the devil makes noise, it is a sign that he is still outside and not yet within.  That which must terrify us is his peace and concord with the human soul.”

Why is it that the devil wants to tempt us into hell?  Certainly it’s not because the Evil One loves us.  Satan, who knows nothing of love, regards us, not as persons, but as mere instruments, as means to an end, and, as I believe C.S. Lewis says somewhere, Satan always tries to break his tools before finally putting them down.

But the devil does know how to hate, and it is God whom Satan hates.  If a mafia hit man can’t get at his target directly, what does he do?  He goes after his target’s family.  Just so, the devil, unable to attack God head on, is trying to bring us, God’s loved ones, to ruin.  The fact that the Evil One tempts us is not a sign of his love for us.  It is rather a sign of God’s love for us.  It is a proof that each one of us is unspeakably precious in the eyes of the Almighty—a back-handed compliment, to be sure, but a compliment nonetheless!

To sum up, temptation is not a sin, but it is a lesson in our own weakness, a means to grow strong in the faith, a sign that there is still hope for us, and a proof that God loves us.  It almost sounds as if we should thank God for temptation.  I would rather we thank God in temptation.  I mean the best prayer we can make while being tempted is simply, Jesus, thank you for showing me right now just how much I need You!  I know from personal experience how effective this prayer really is.  The devil, you see, hates prayer and hates gratitude, and these are two most excellent weapons against temptation.

By the way, the devil never comes to us with horns and a pitchfork.[9]  The Evil One much prefers to take on the garb of an apparent good.  So much for Fred Flintstone.

[1] Alas!  I cannot recall the name and author of the book whence comes this definition!

[3] All quotations from Padre Pio come from: Vincent Falco, Counsels, Exhortations by Padre Pio of Pietrelcina, Italy.  This is a 28-page booklet printed by Vincent Falco (4514 Sheridan Avenue, Miami Beach, Florida  33140; Tel. 305-673-8403).  The booklet is also available online in PDF format under the title Counsels and Exhortations by Saint Padre Pio.

[8] I learned about Bosco Gutiérrez Cortina from two sources: (1) an illustration from ePriest entitled, “A Kidnapped Businessman Does Business with God,” and (2) an online article from Opus Dei bearing the title, “Kidnapped Architect Finds Freedom in Tiny Cell,” dated 13 March 2008.

[9] In his short story, “The Devil and Daniel Webster,” Stephen Vincent Benét astutely portrays the devil as “a soft-spoken, dark-dressed stranger [who] drove up in a handsome buggy.”