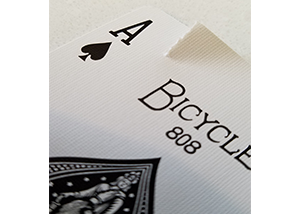 I was recently surprised to learn that National Geographic’s geneticist Spencer Wells has argued convincingly that, based on markers in human DNA, all human beings are descended from a single set of parents!  That’s right.  Wells calls them, appropriately enough, Scientific Adam and Scientific Eve and says they lived in Africa some 250,000 years ago.  Countless people have already sent their DNA samples to National Geographic’s Genographic Project, and in return they receive a record of their genetic ancestry all the way back to the beginning.  Amazing!  Science is now validating what the Church has always taught.  As recently as 1950, Pope Pius XII declared in his encyclical, Humani Generis, that all human beings are the descendants of an original set of parents.  This is known as the doctrine of monogenism.   You and I are all related by reason of our first parents.  Look around you for the most exotic-featured person you can find.  That is your kissing cousin a thousand times removed!  We’re all one big family.

Now there are consequences to this.  It means, for one thing, that there is a certain mysterious solidarity to the human race.  Apologist Frank Sheed asserts:

God sees the whole [human] race, every member of which He created, as one thing—somewhat as we see a family as one thing or even a man.  The mere number and variety—myriads upon myriads of men—and the uncountable ages, do not impede the vision of the Eternal and Omniscient God.[1]

Here’s the second consequence:  Because we human beings are so bound up with one another, every time I sin, the fallout of my sin will be like ripple effects that touch untold others.  Father Andrew Cusak, a widely respected psychologist, asserts that “the most closeted sinfulness of any human life comes out in every relational reality of that life.  Whatever we are sowing, even in a most hidden way, …we are reaping in public, subtly and sometimes not so subtly.”[2]  Now we can see why Saint Paul’s words in our Second Reading make perfect sense.  In his epistle to the Romans, the Apostle writes:

Here we have what the Church calls original sin.  We often dismiss the notion of original sin as something superstitious or arbitrary.  We think, Hey, just because Adam sinned, why should I have to suffer?

Consider, for a moment, a deck of cards.  Suppose I were to take one card—say the Ace of Spades—and put the smallest tear in it.  What have I done?  Because all the cards are so entirely bound up with one another, I haven’t ruined just one card.  I’ve ruined the whole deck!  The casinos wouldn’t want a deck like that!  It’s the same with Adam’s first sin.  We human beings are so bound up with one another that, when he sinned, the whole human race was somehow affected for the worse.

What, then, did God do about this?  He sent his Son Jesus, the Second Person of the Trinity, to take on our human nature, to become one of us.  Jesus lived a sinless life of sacrificial obedience, and all who are united in solidarity with Him will conquer death and be raised up to a level higher than Adam would have achieved had he never sinned in the first place.  In other words, Jesus Christ, the King of Hearts, inserted himself into the deck of the human race.  All who are bound up with His perfect life through baptism, the sacraments, and holy living will be raised up to share His glory.  Our solidarity with Adam worked against us because of Adam’s sin, but our solidarity with Jesus will work in our favor because of Jesus’ obedience.  Thus Saint Paul writes:

Okay, so what does all this have to do with you and me right now?  Lent is the time the Church gives us each year wherein we strive to confirm, to cement, and to increase our solidarity with Jesus.  Through the sacraments, prayer, fasting, almsgiving, and good works, we are united more closely with Christ in His Passion and death so that we will share in His resurrection and ultimate glory.  Lent is the time when we spades, hearts, clubs, diamonds, and jokers bind ourselves more closely to the King of Hearts so that, just as He is raised up, we too will be glorified.

But there’s more.  If we unite our Lenten prayers, sacrifices, penances, and good works to Christ, they will, by reason of His solidarity with the whole human race, achieve a far-reaching and immeasurable good.  Sooner or later, the ripple effects of our good works may touch everyone.

This Lent, then, let’s you and I stick close to the King of Hearts and do as much good as we possibly can in His name—not only for the sake of ourselves but for the whole human race.  After all, as Spencer Wells has shown, we are one big family, and we’re all related to each other.

[2] From a series of talks on audiocassettes entitled Being Much, Becoming More.