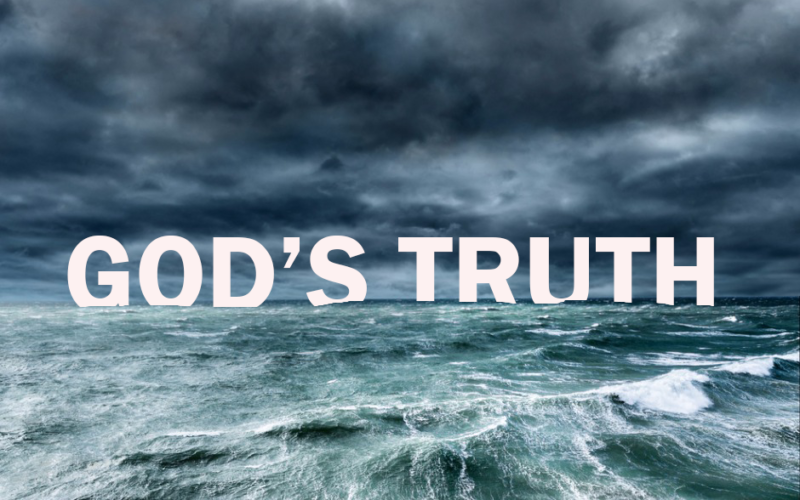 A Homily for the 23rd Sunday in Ordinary Time, Year A

As Hurricane Harvey was approaching Texas in late August of 2017, officials in that state, in no uncertain terms, were telling residents in the path of the storm to get out, to waste no time in evacuating.  If you stay behind, Texans were told, you will only put rescue workers at risk.  If you do insist on remaining in your homes, please do us a favor.  Write your name and social security number on your body in indelible marker.  That will make it easier for workers to identify your corpse.  Wow! It was obvious that the officials in Texas meant business.  They didn’t mince words.

But here is what is remarkable.  In this political climate of ours in which the biggest crime a person can commit is offending someone else, no one in the state of Texas raised a hue and cry that the officials were offensive, too harsh, intolerant, or hurtful.  Not at all!  None of us questions reality when a hurricane is on its way.

Not so when it comes to the apparently harsh truths of Catholic doctrine.  As a matter of fact, many Americans have no qualms about rejecting Church teaching on the grounds that it is offensive and harsh.  Why is this?

In the early 2000s, Notre Dame University’s sociologists Christian Smith and Melinda Lundquist Denton conducted a study in which they found that many American teenagers (and, one could assume, many of their parents) want a religion whose number one purpose is to make them feel good about themselves.  They want a God who is “something like a Divine Butler and Cosmic Therapist: he is always on call, takes care of any problems that arise, professionally helps people to feel better about themselves, and does not become personally involved in the process.”[1]

In the face of this popular desire for a feel-good religion, many clergy find it all too easy to offer their congregations pleasantries and platitudes rather than admonitions and condemnations.  I can’t help thinking of the Apostle Paul’s warning to Timothy that “the time will come when people will not tolerate sound doctrine but, following their own desires and insatiable curiosity, will accumulate [false] teachers and will stop listening to the truth and will be diverted to myths.”[2]

But woe to such teachers!  Listen again to our First Reading from the prophet Ezekiel:

The preacher of the Gospel who fails to preach the true Word of God risks the fires of hell.  It’s just that simple.

In Chapter 9 of his great novel Moby Dick, Herman Melville puts a stern warning to all preachers in the mouth of fiery Father Mapple:

The preacher, Melville says, is the first to see the storm of approaching judgement, and woe to him if he does not declare what he sees.

Please, my brothers and sisters in Christ, pray for your clergy and demand that your deacons and priests preach the unvarnished Gospel, just as the officials in Texas declared the unadulterated truth about Hurricane Harvey.  Demand that we give you the Church’s true teaching on everything, especially the most controversial issues—contraception, cohabitation, homosexuality, abortion, the true purpose of marriage.  Demand that we speak out against those sins with which we have grown all too comfortable—gluttony, gossip, unforgiveness, impurity, disregarding the Sabbath, profaning God’s name, and the unwillingness to do penance.  Pray that we clergy may practice what we preach, and pray that we may exercise our ministry with love.  Why?  Because your salvation and mine is at stake and because, deep down, we all want the truth.  If we are honest with ourselves, we know that a feel-good, watered-down gospel is no Gospel at all.  As C.S. Lewis pointed out to his friend Malcolm:

…No real belief in the watered versions can last.  Bemused and besotted as we are, we still dimly know at heart that nothing which is at all times and in every way agreeable to us can have objective reality.  It is of the very nature of the real that it should have sharp corners and rough edges, that it should be resistant, should be itself.  Dream-furniture is the only kind on which you never stub your toes or bang your knee.  You and I have both known happy marriage.  But how different our wives were from the imaginary mistresses of our adolescent dreams!  So much less exquisitely adapted to all our wishes; and for that very reason (among others) so incomparably better.

Servile fear is, to be sure, the lowest form of religion.  But a god such that there could never be occasion for even servile fear, a safe god, a tame god, soon proclaims himself to any sound mind as a fantasy.  I have met no people who fully disbelieved in Hell and also had a living and life-giving belief in Heaven….  The soul that has once been waked, or stung, or uplifted by the desire of God, will inevitably (I think) awake to the fear of losing Him.[4]

Well said, Professor Lewis!  A God without sharp corners and rough edges, a religion without the possibility of hell, can hardly be real.  The real God, like a hurricane, is truly dangerous.  We must take precautions to avoid His wrath.