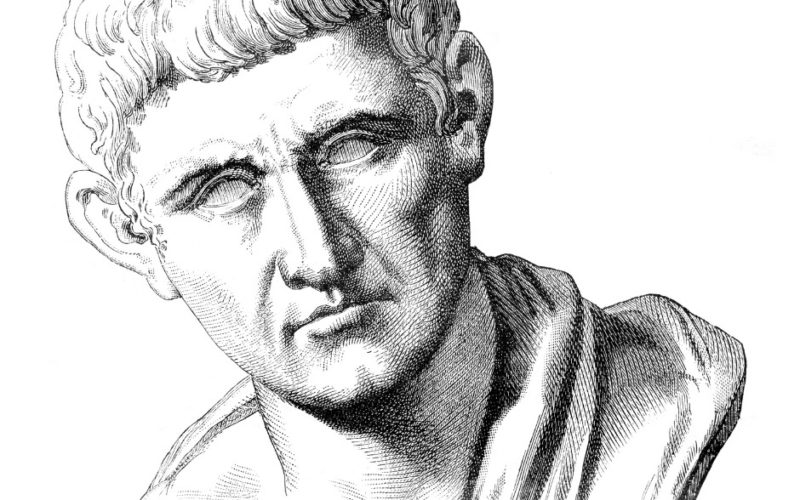 A Meditation for Independence Day 2020

To watch Fr. Ezaki’s Video of this Homily click here

At that time Jesus said in reply, “I give praise to you, Father, Lord of heaven and earth, for although you have hidden these things from the wise and the learned you have revealed them to the childlike.

When I was in graduate school in the 1980s, I soon realized that university professors were precisely those people who got their papers and books published, and the material that got published usually presented some new or novel insight.  Thus I concluded that the impetus behind modern academia is not the quest for verity but a hankering after novelty.  Today’s colleges and universities, it seems to me, are more concerned about what is new rather than about what is true.  Cleverness rather than the humble search for knowledge seems to be the order of the day.  Our Lord’s words in the Gospel today are especially poignant.  What is often hidden from the wise and the learned is discovered by those who are humble and guileless.  Here is an example of what I mean.

On July 2, I was talking to a friend about my uncle, about whom I am, quite frankly, very worried.  When I was growing up, I said, my uncle was someone to be admired.  Of course he wasn’t perfect—no one is—but he survived a rough upbringing and overcame incredible odds.  He had an honorable military career and raised some very distinguished children.  He stood out among his peers, and I was proud to be in his family.

Here of late, however, my uncle has fallen into a kind of funk.  Somehow he’s convinced himself that he’s no good and that he never accomplished anything worthwhile.  Some of us in the family have tried to encourage him, but he seems determined to see himself in the worst possible light.  What’s really alarming is that he’s started to destroy some of our most cherished family heirlooms, items my cousins were hoping to inherit and pass on to their children.  Rare family photographs, mementos, souvenirs of past victories, as well as his diaries have ended up in the trash heap. We don’t know what to do.  I confided to my friend that we took my uncle to a psychiatrist, but the psychiatrist merely shrugged his shoulders and recommended that we put my uncle on a suicide watch.  My friend was horrified.  Wishing to put my uncle on his prayer list, he asked my uncle’s name.  I answered, “He’s my Uncle Sam, of course.”  My friend fell silent.

Today many intellectual elites are saying horrible things about this country.  They say our nation was conceived in sin and never accomplished anything worthwhile; and they are calling for the destruction of many of our monuments, statues, and history books.  But what if an individual were to follow precisely the same course these intellectuals are demanding that our country pursue?  I think the result might very well be suicide.  Some people, it seems to me, are much too clever for their own good, and ours.  The things that a scholar is liable to holler are not necessarily so.  But how ought a sane individual and a sane country to behave?

From what little I can gather from psychology, the well-adjusted person has at least three characteristics:  First, he lives for a goal or an ideal greater than himself.  We all know that people who live for themselves are pretty wretched individuals.  The late-19th-century English essayist, John Ruskin, was right when he observed that “When a man is wrapped up in himself, he makes a pretty small package.”  Second, a well-adjusted person is not so ashamed of his past mistakes that they shackle him.  Instead, he looks at all past behavior, positive and negative, moral and immoral, as stepping stones to improvement.  Here I can’t help thinking of the book, Man’s Search for Meaning, by Victor E. Frankl.  Note, for example, this passage:

Man does not simply exist but always decides what his existence will be, what he will become the next moment. By the same token, every human being has the freedom to change at any instant.

Third, a well-adjusted person has what psychologists call semi-permeable boundaries.  He is not so closed off to others that no one will be able to glimpse the depths of his soul, yet at the same time, he does not allow just any Bob, Carol, Ted, or Alice into the deep recesses of his heart.  Only a select few are given access to what’s on the inside.

The psychologically well-adjusted person, then, must live for a goal that transcends the self, must integrate all past behavior—positive and negative—into a platform for self-improvement, and must have semi-permeable boundaries.

Now I firmly believe that what is true of a well-adjusted individual is also true of a healthy nation.  If our country is to survive, we, its citizens, must live for an ideal higher than ourselves.  Rather than being impelled by expedience, pleasure, or even victimhood, we must instead live for eternal truths, for instance, “that all men are created equal, that they are endowed by their Creator with certain unalienable Rights, that among these are Life, Liberty, and the pursuit of Happiness.”[1]  What, by the way, is happiness?  Happiness, as Aristotle says, is not feeling good but being good.

In addition, we as a nation must not be overly ashamed of our past, no matter how dark and bleak certain aspects of it may be.  Instead we must integrate all of our history, both the glorious and the scandalous, into an impetus for national improvement.  We must also recognize that those who have gone before us were endowed with wisdom from which we benefit.  Twelfth-century French Neo-Platonist philosopher and scholar Bernard of Chartres aptly declared, “If we see more clearly than they, it is not because of our own clear eyes or tall bodies, but because we are raised on high by their gigantic stature.”  Yale Professor Jaroslav Jan Pelikan summed this up by asserting, “We moderns are dwarfs mounted upon the shoulders of giants.”

Finally, if our country is to be healthy, we must have semi-permeable boundaries.  We must not be closed off to the world and to those who are in need; at the same time, however, we cannot fling wide our doors to anyone who would come.  Need I say more?

To sum up, both the well-adjusted person and the healthy nation must live for a transcendent goal; both must translate all past behavior, good and bad, into an impetus for improvement; and both must have semi-permeable boundaries.

God bless you, and may God bless America!