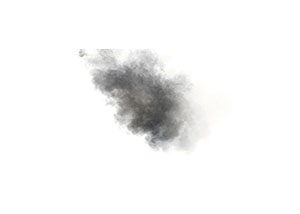 Every year when we study Confirmation and the seven gifts of the Holy Spirit, I tell my students about two classic psychological experiments in connection with right judgment.

In the Solomon Asch Conformity Experiment (conducted in the 1950s), the subject was led to believe that he was part of a group of similar subjects taking a vision test.  In reality, however, he was the only subject, and everyone else in the group was a confederate in the experiment.  A presenter would show the group a set of three lines of varying length and ask the group to determine among themselves which of the three lines was the same length as a fourth line.  The presenter would leave the room, and the group members would begin talking.

The subject would always begin by identifying the line which obviously matched the fourth line in length, but the collaborators in the group would try to persuade the subject that he was wrong.  You see, that’s precisely what they had been told to do prior to the experiment.  The subject would sometimes attempt to convince the other group members that they were in error, but when his efforts of persuasion failed, he usually (about 75% of the time) ended up by giving in to group pressure and changing his opinion, despite the fact that his senses told him otherwise.

The same experiment was repeated with different subjects and with varying numbers of group collaborators.  Time and time again subjects would relinquish what they knew to be the truth just to be able to fit in with the rest of the group.

That was one experiment.  The other experiment was somewhat simpler–the so-called “smoke-filled room study” of 1968.  Researchers Latané and Darley would put people in a waiting room, and while the people waited, smoke was allowed to waft in through a vent in the door.  The researchers discovered that the more people in the room when the smoke came in through the door, the less likely anyone was to investigate or go for help.

Both experiments show that it is extremely difficult for individuals to hold opinions that appear to run contrary to those of the group.

Right judgment, I tell my students, is that wonderful gift of the Holy Spirit that allows us to hold on to the truth, despite group pressure, even when everyone else around us says we are wrong.

In the story of Jesus cleansing the Temple (John 2:13-22), Our Lord gives us a perfect illustration of the gift of right judgment.  He alone is willing to defend the sanctity of a sacred place even when everyone else around Him looks at the profanation of the Temple as business as usual.  Jesus is willing to stand up for what is true and right and good and holy, despite the fact that everyone else around Him has acquiesced to what is false and wrong and bad and profane.

Are we as Catholics courageous enough to stand up for the truth even if it means unpleasant consequences, even if it means that we are labeled “unable to accommodate” or “unwilling to be team players”?  Such labels should cause us to take heart, for controversialists generally resort to name calling only when they sense their case is weak.   As any philosopher will tell you, the argumentum ad hominem (argument aimed at the person rather than at the issue at hand) is totally devoid of logic.

If we don’t stand up for the truth, the Church will be in big trouble.  Ladies and gentlemen, the long and short of it is the smoke is coming in under the church door, and we need people to stand up and shout:  Fire!