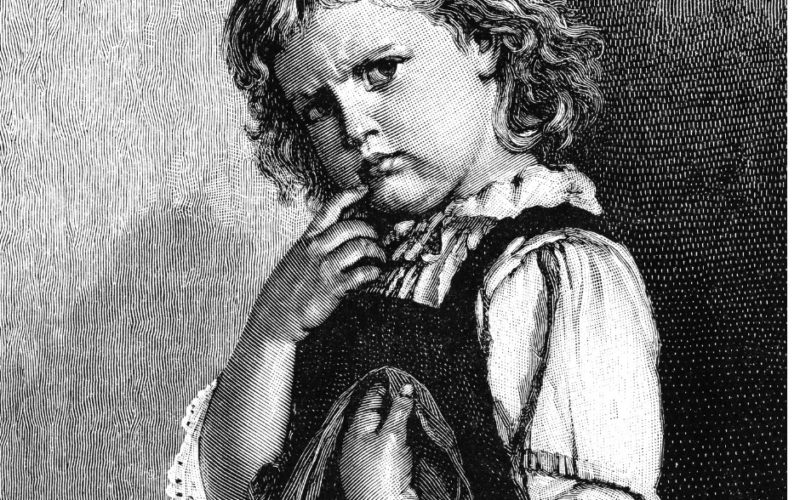 During those days Peter stood up in the midst of the brothers (there was a group of about one hundred and twenty persons in the one place).  He said, “My brothers, the scripture had to be fulfilled which the Holy Spirit spoke beforehand through the mouth of David, concerning Judas, who was the guide for those who arrested Jesus.  He was numbered among us and was allotted a share in this ministry.  He bought a parcel of land with the wages of his iniquity, and falling headlong, he burst open in the middle, and all his insides spilled out.  This became known to everyone who lived in Jerusalem, so that the parcel of land was called in their language ‘Akeldama,’ that is, Field of Blood.  For it is written in the Book of Psalms: ‘Let his encampment become desolate, and may no one dwell in it.’  And: ‘May another take his office.’  Therefore, it is necessary that one of the men who accompanied us the whole time the Lord Jesus came and went among us, beginning from the baptism of John until the day on which he was taken up from us, become with us a witness to his resurrection.”  So they proposed two, Joseph called Barsabbas, who was also known as Justus, and Matthias.  Then they prayed, “You, Lord, who know the hearts of all, show which one of these two you have chosen to take the place in this apostolic ministry from which Judas turned away to go to his own place.”  Then they gave lots to them, and the lot fell upon Matthias, and he was counted with the eleven apostles.

In 1969, Colonel Edwin Aldrin[1] was assured by NASA that he would be the first man to set foot on the moon in the upcoming Apollo 11 mission.  It would be the moment he had always dreamed of.  He probably spent hours preparing and rehearsing the lines he would deliver the moment the sole of his shoe made contact with the Sea of Tranquility—lines that every man, woman, and child in America would come to know.  The thought was mindboggling.

Imagine, then, the depth of Aldrin’s disappointment when, days before the launch, he was informed by his superiors that someone else, Neil Armstrong, would be the first to descend the ladder of the lunar module and walk, not only on the moon, but on the stage of world history.  Why had NASA changed its mind?  Aldrin was simply told that Armstrong’s temperament was better suited for the number-one position.  It just wasn’t fair.

Quite understandably, Aldrin was all but consumed with jealousy and covetousness, and he freely confided this to his minister.  He clearly had a choice:  to sink down into victimhood or to rise to the occasion, to whine or to shine.

In our First Reading from the Book of Acts, two men—Justus Barsabbas and Matthias—are set forth by the brand-new Church as possible replacements for Judas, so that once again there might be Twelve Apostles.  Prayers were offered; lots were cast; and Matthias was chosen.  Matthias took his place with the other Apostles.  The Church celebrates his feast on May 14, which happens to be tomorrow.

But what about Justus Barsabbas?  How must he have felt?  He was just as qualified as Matthias, and yet he was not chosen.  Aldrin was slighted by NASA.  But what was it like to be passed over by God?  Justus Barsabbas, too, had a choice:  to sink down into victimhood or to rise to the occasion, to whine or to shine.

We can all identify with Colonel Aldrin or with Justus Barsabbas.  In an article entitled “What Happened to Justus?”[2] someone named Ryan Howard hits the nail on the head.  He writes:

Chances are, if you’ve applied for a job, you’ve been in this situation. You go and have a great interview, present your best self, feel really good about it – and then the company reveals they’ve chosen someone else for the position, wishing you best of luck with your job search. It’s heartbreaking – all that time and energy for nothing, all your hopes for that position now dashed. It makes you feel left out, skipped over – it makes you wonder why you even tried at all if it was just going to turn out this way.

Humorist and songwriter, Tom Lehrer, put it somewhat cynically when he sang, “Second fiddle’s a hard part, I know, when they don’t even give you a bow.”[3]

Here, of course, the great temptation is to wallow in self-pity.  We want to whine:

Nobody likes me, everybody hates me,
I think I’ll go eat worms!
Big fat juicy ones,
Eensie weensy squeensy ones,
See how they wiggle and squirm!

But beware!  If we sit on the nest egg of self-pity long enough, we’ll bring forth a monster.  Canadian clinical psychologist Jordan B. Peterson is all too accurate when he observes that “aggrieved victimhood…produces first resentment, then envy, and then the desire for vengeance and destruction.”[4]  What a terrible chain of causality!  “Resentment,” Peterson says, “breeds the desire for vengeance.”[5]  The juice of crushed grapes can become wine, but the whine of self-pity all too easily becomes the grapes of wrath.  To put it quite bluntly, what mass murderer isn’t nursing a grudge, real or imagined?

By this time, you’re probably thinking, What in heaven’s name does all this have to do with Mother’s Day?  Well, if you want to know the truth, this homily is really a tribute to my own mother.  Mom hated whining.  Whenever my siblings and I would start whining and whimpering, she would point a finger of no-nonsense compassion and say, “Snap out of it!  Everyone has problems.”  I recall once complaining about what Mom was preparing for dinner.  She responded with: “I don’t cook for you, Bernard.  I cook for your father.  If you don’t like what I’m making, tough!”  I love you, Mom!  I hate to say it, but you were right.  At least I learned to eat whatever is set before me, even if I don’t happen to like it.

On another occasion, when I wasn’t whining but merely downcast, Mom introduced me to one of her favorite poems, “A Psalm of Life” by Henry Wadsworth Longfellow.  Longfellow’s wife, Mom said, died tragically in a fire.  I later learned that Mrs. Longfellow had been attempting to melt some sealing wax with a candle when her dress caught on fire.  After a lengthy period of self-pity, the grief-stricken widower decided that feeling sorry for himself wasn’t getting him anywhere.  “A Psalm of Life” was his attempt to “snap out of it.”  Here are my favorite verses—words every grade school child should know:

In the world’s broad field of battle,

In the bivouac of Life,

Be a hero in the strife!

Let the dead Past bury its dead!

Act,— act in the living Present!

Heart within, and God o’erhead!

Lives of great men all remind us

We can make our lives sublime,

And, departing, leave behind us

Footprints on the sands of time;

Footprints, that perhaps another,

A forlorn and shipwrecked brother,

I’d be willing to bet that both Justus Barsabbas and Colonel Edwin Aldrin had wonderful mothers.  Without a doubt, the two men had living Christian faith.  After his rejection, Justus Barsabbas didn’t sit around feeling sorry for himself.  No!  Christian tradition tells us he doggedly proclaimed faith in Christ despite imprisonment, was made a bishop, and then, like most of the Apostles, suffered martyrdom.  As for Colonel Aldrin, after receiving a pep-talk from his Protestant minister as well as a portable Communion kit, he cheerfully boarded the Apollo 11 spacecraft, and, on July 20, 1969, once the Eagle had touched down on the lunar surface, became the first person to receive Communion outside earth’s atmosphere.  What many people don’t know, however, is that it was none other than the heroic Buzz Aldrin who used a felt-tipped pen to activate a broken circuit breaker, thus making it possible for Neil Armstrong and him to leave the surface of the moon and get back to earth.  Neil Armstrong may have been the first man to set foot on the moon, but if it weren’t for Aldrin, he never again would have set foot on terra firma.

Jordan Peterson insists that “The desire for vengeance, however justified, also bars the way to other, productive thoughts.”[6]  I guess Mom was truly wise.  Whining never accomplishes anything good.  On the contrary, it can lead to great harm.  Worse still, it gets in the way of God accomplishing His will in us.  Rather than whine, let’s choose to shine.

[1] I obtained all my information on Buzz Aldrin from Episode 100 of Mike Rowe’s podcast, The Way I Heard It.  The episode, posted 8 May 2018, is entitled, “How Not to Ruin Your Most Expensive Suit.”

[3] From the song “Whatever Became of You, Hubert?”

[5] 12 Rules for Life: An Antidote to Chaos, “Rule 5: Do Not Let Your Children Do Anything that Makes You Dislike Them.”

[6] 12 Rules for Life: An Antidote to Chaos, “Rule 6: Set Your House in Perfect Order Before You Criticize the World.”