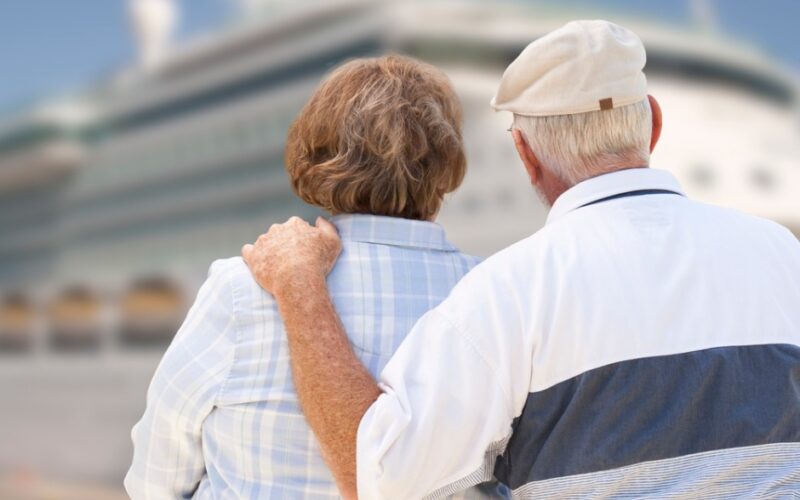 In Remembrance of the Faithful Departed

But, as it is written, “Eye has not seen or ear heard, nor has it entered into the heart of man, what things God has prepared for those who love him.”

One cold February morning, I received a photograph in the mail from a couple whom I had just married and who were spending their honeymoon on some Caribbean Island. There they were, sporting huge smiles and holding beverages in their hands as they lounged on the beach.  My first reaction, I’m sorry to say, was one of envy.  What right did they have to enjoy tropical weather when I was having to endure snow and subfreezing conditions?  So let’s be honest.  When our friends are taking wintertime Caribbean cruises, we might miss them while they are gone, but there is certainly some envy there as well.  When they come back home, there’s part of us that wants to gloat over their return to the cold.

Here I’d like to argue that heaven, for the faithful departed, is very much like a Caribbean cruise.  My first bit of evidence comes from a poem by the British statesman John Donne.  In his famous poem, “Death Be Not Proud,” John Donne pokes a mocking finger at Death, which he personifies as a defeated foe.  The poet says to death:

From rest and sleep, which but thy pictures be,
Much pleasure; then from thee much more must flow;
And soonest our best men with thee do go—
Rest of their bones, and souls’ delivery!

What’s John Donne getting at?  Well, imagine friends of yours just prior to going on a Caribbean cruise.  They are consulting travel brochures and going online, looking at all sorts of fantastic pictures of palm trees, white beaches, sparkling blue water and spectacular sunsets.  Your friends say to themselves, Wow!  These pictures are awesome.  If we get such a thrill from these pictures, just think what the real destination will be like once we get there.  That is exactly what John Donne is saying about death.  He says that if we enjoy rest and sleep, which are but pictures of death—and who doesn’t enjoy a nap or a good night’s sleep, especially when it is filled with pleasant dreams?—if we enjoy the pictures of death, then how much more joy will we get from the real thing?  For the believer, the actual joys that death reveals will make the mere pictures of death—rest and sleep—pale in comparison.

That’s one bit of evidence why heaven is like a Caribbean cruise.  Here is another.  This piece of evidence comes from the Catholic mystic Saint John of the Cross, who lived during the sixteenth century.  What was going on during the sixteenth century?   The New World across the sea was opening up to the astonished eyes of Europe.  Spectacular tales from Spanish and Portuguese explorers were finding their way to the eager ears of those in the Old World.  Accounts of colorful islands, wondrous creatures, and exotic human beings were sparking the imaginations of people on the Continent.  So in this context, how does Saint John of the Cross—that mystic from Spain—How does he describe God?  He likens God to nothing less than “strange islands.”  In Stanza 14 of The Spiritual Canticle, he writes:

Strange islands are surrounded by water and situated across the sea, far withdrawn and cut off from communication with others.  Many things very different from what we have here are born and nurtured in these islands; these things are of many strange kinds and powers never before seen by humans, and they cause surprise and wonder in anyone who sees them.  Thus, because of the wonderful new things and the strange knowledge (far removed from common knowledge) that the soul sees in God, she calls him “strange islands.”

People are called strange for either of two reasons:  They are withdrawn from others; or, compared with others, they are singular and superior in their deeds and works.  The soul calls God “strange” for these two reasons.  Not only is he all the strangeness of islands never seen before, but also his ways, counsels, and works are very strange and new and wonderful to humans.

It is no wonder that God is strange to humans who have not seen him, since he is also strange to the holy angels and to the blessed.  For the angels and the blessed are incapable of seeing him fully, nor will they ever be capable of doing so.  Until the day of the Last Judgment they will see so many new things in him concerning his deep judgments and his works of mercy and justice that they will forever be receiving new surprises and marveling the more.  Hence not only humans but also the angels can call him “strange islands.”  Only to himself is he neither strange nor new.

John of the Cross is saying that God is like exotic islands whose exploration can go on for all eternity.  Those who find God will never be bored, because the wonders of the divine will never cease to startle them.  That’s why, eleven centuries before Saint John of the Cross, Saint Augustine (d. 430) described God as “beauty ever ancient, ever new.”[1]  For the saints in heaven, God is like an exotic cruise, where every port of call is more enchanting, more awesome, than the one before.  Thus the old hymn says:

When we’ve been here ten thousand years
Bright shining as the sun.
We’ve no less days to sing God’s praise
Than when we’d first begun.

We’re here, of course, to pray for the souls of our beloved faithful departed in the event they may need that post-death purification we Catholics call purgatory.  I always say that purgatory is like the mudroom of heaven wherein the Blood of Christ is applied to us one last time before we can enter the wedding feast.  As I said, we’re here to pray for our departed loved ones, but we’re also here to pray for ourselves and to ask ourselves some searching questions:  Am I laboring under the misconception that life on earth is somehow more spectacular than life in heaven?  Do I foolishly picture heaven as a dull scene with only clouds and harps and white robes?  Do I even go so far as to imagine that evil is more exciting than goodness?   Or do I have a more accurate view?  Do I believe that getting to know God, even now, is the beginning of a tremendous adventure, an adventure that will always astound and never grow stale?  Do I look at God with the same fascination that sixteenth-century explorers regarded exotic lands and shores?  “Imaginary evil is,” as philosopher Simone Weil points out, “romantic and varied; real evil is gloomy, monotonous, barren, boring.  Imaginary good is boring; real good is always new, marvelous, intoxicating.”[2]

We might be tempted to miss our departed loved ones.  But if they are in God, we might more readily be tempted to envy them, or at least to long to be in their presence.  We wouldn’t want them to come back to us in the here and now.  But without a doubt, they want us to be with them.  If they could write us a message, it would probably read, “Having fun!  Wish you were here!”

[2] From Gravity and Grace.