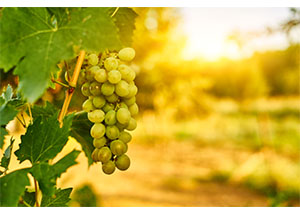 As they were about to part from him, Peter said to Jesus, “Master, it is good that we are here;
let us make three tents, one for you, one for Moses, and one for Elijah.”

Years ago, my friend Tim, an extraordinarily gentle soul, shyly told me that he experienced what he believed to be a vision of the Blessed Virgin Mary.  According to Tim, Our Lady appeared to him one night for several minutes, holding in her hands a strange crown, made out of what looked like stainless steel.  “Mary seemed to be offering me the crown,” Tim confided.  “Her expression was one of sorrow mixed with love.”

Months later, Tim was diagnosed with a malignant brain tumor.  He had to receive radiation therapy at a hospital in Philadelphia.  During the treatments, he was required to wear a specially fitted metal cap, remarkably like the one he had seen in his vision.  Tim’s last months of life, though very few, were filled with intense pain and suffering, all of which he bore with incredible bravery.

Did Tim really have a vision of the Mother of God, or was it merely a trick played on his mind by his growing brain tumor?  I myself am inclined to believe that my friend really did receive an authentic apparition of Our Lady of Sorrows.  Perhaps his brief moment of Marian consolation was given him to prepare and strengthen him for the ordeal that followed.

That’s what’s happening in today’s Gospel.  Peter, James, and John are granted a brief vision of the glorified Christ in order that, as the Preface of the Transfiguration tells us, “the scandal of the cross might be removed from the hearts of his disciples.”  Our Lord’s Transfiguration serves as preparation and fortification for the trials ahead.

There is a lesson here.  In the spiritual life, mountaintop experiences are given to us, if they are given to us at all, so that we might be better equipped to slog it out in the vales.  It is primarily in the ravines and dales that grace is gained.   After all, as my friend Eleanor used to say, “Grapes don’t grow on mountaintops but only in the valleys.”  There is, then, no need to seek or prolong spiritual peaks and consolations.

We see this tendency in Saint Peter in today’s Gospel.  The Prince of the Apostles, not totally in his right mind, wants to prolong the mountaintop experience with the Transfigured Jesus by building three booths—one for Our Lord, one for Moses, and one for Elijah.  Peter has not yet learned that grapes don’t grow on mountaintops but only in the valleys.

Sometimes we Catholics are no different from Saint Peter.  We have a tendency to run all over the place, hither and yon, chasing after spectacular spiritual experiences.  Did you hear?  Our Lady is appearing in such-and-such place?  Let’s go!  Hey, there’s a stigmatist just across the state line.  Come on!  Do you have the gift of infused contemplation?  Alas! If we indulge in this sort of thinking, we might very well forget the ordinary means of grace we have right in our own backyards: the Mass, the Sacraments , vocal prayer, the rosary, fasting and almsgiving, charity to the poor, the corporal and spiritual works of mercy.

We might do well to take to heart the words of classicist Dr. John Senior.  He writes as follows:

God for His reasons has enriched the Church with prophecies and other extraordinary graces – but always for the purpose of leading souls to heaven by converting them back to the ordinary things.   The extraordinary is for the sake of the ordinary – not the other way around….  Once a priest who doubted the Real Presence was given the miraculous grace of conversion when at his Mass the Sacred Host bled on the corporal right in front of him, repeating the famous miracle of Bolsena in Italy which began the worldwide celebration of Corpus Christi.   The congregation was amazed.   One of them immediately ran across the city and found the King [viz. St. Louis IX of France], where he often was, sitting alone before the tabernacle in his private chapel.   When the messenger blurted out the news, the King sat still.   “Sire,” the man said, “will you not come at once to see this great vision?”   Saint Louis replied, “I am grateful for this grace; it is a blessing to the priest, the congregation and our city.   But as for myself, I must confess – Deo gratias – I have so far had the greater grace to have no need of such events to believe Our Blessed Lord dwells behind that little golden door there on the altar.   Blessed are they who see and believe, but more blessed are those who believe not having seen [cf. John 20:29].”[1]

Well said, Dr. Senior.  The extraordinary is always for the sake of the ordinary, and not the other way around.  The saints, as a matter of fact, never desired extraordinary graces or supernatural experiences.  It was Saint Thérèse of Lisieux, the Little Flower, who said, “I know of no ecstasy to which I do not prefer sacrifice.  There I find happiness, and there alone.”[2]  Visions, miracles, ecstasies, and extraordinary graces are not required for an authentic spiritual life.  What is necessary is the perseverance to continue slogging it out in the trenches, day in and day out, in the battle for holiness.  Remember, grapes don’t grow on mountaintops but only in the valleys.

[1] Quoted in an article entitled “The Angel of the Storm” in a 1980s issue of the periodical Approaches.