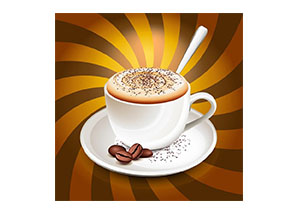 Catholic priest, it has been my privilege to preside at quite a few weddings over the years.  Many of the happy couples whom I’ve married insist on having what is commonly known as a “unity candle” as part of their ceremony.  Perhaps you yourself have witnessed the ritual of the unity candle.  The bride and groom each hold one of two identical lighted tapers.  Together they use these tapers to light a large, ornately decorated and prominently displayed candle—the so-called unity candle.  The couple then extinguishes the two original tapers, leaving only the unity candle burning.  This, we assume, symbolizes the union of husband and wife described in Genesis 2:24: “For this reason a man leaves his father and mother, and clings to his wife, and the two become one flesh.”

A priest ought to recognize the value of symbolic gestures, and after having taught high school sophomores for twenty-four years, I know well the power of visual illustrations.  Yet I can’t help but feel uncomfortable with the practice of lighting the unity candle.  Not only is this not a part of the authentic ritual for Catholic weddings, but the visual symbolism of two flames becoming one seems, in my opinion, to communicate a kind of diminution.  At first, there are two flames.  Then there is one.  The result is that we end up with only half the light and warmth.  It would appear that marriage reduces a couple’s spiritual resources by fifty percent.  This cannot be!

May I suggest a fanciful alternative to the unity candle?  Suppose, at the beginning of the wedding ceremony, the groom were to enter the sanctuary carrying a respectable amount of espresso coffee grounds.  Suppose the bride were to walk down the aisle holding a large container of milk.  Next to the altar there would be a gleaming cappuccino maker.  The groom would put the espresso into the machine.  The bride would pour in the milk.  In a few minutes, eccolo cappuccino!  Then, to symbolize the sweet spiritual dimension of marriage, the priest would sprinkle in a bit of chocolate powder.  What a wonderful way to demonstrate the meaning of Holy Matrimony!

Admittedly, my suggestion is made tongue in cheek.  Yet the cappuccino analogy, I think, conveys at least three important truths about marriage, truths that the unity candle could never begin to convey.

First, while it is theoretically possible to extinguish the unity candle and to relight the two original tapers, it is altogether impossible to unmake cappuccino once it has been brewed.  Thus the symbolism of cappuccino underscores the permanence and indissolubility of marriage.  Once a marriage has been validly contracted, it lasts until death.  People ask, “Why doesn’t the Church allow divorce?”  One might as well ask, “Why can’t you unmake cappuccino?”  It just can’t be done.

Second, the two tapers used in lighting the unity candle are virtually identical and thus interchangeable.  Yet cappuccino is not made with espresso and espresso, or with milk and milk.  Cappuccino results from the union of espresso and milk.  What two ingredients could be more dissimilar?  This aptly illustrates the timeless truth that marriage involves the union of opposites.  In other words, marriage, by its very definition, is the union of a man and a woman.  People ask, “Why doesn’t the Church allow so-called same-sex marriages?’  One might as well ask, “Why can’t you make cappuccino from milk and milk, or from espresso and espresso?”  It can’t be done.  There is no such thing as a “same-sex marriage.”  The concept is merely a logical contradiction.  It would make as much sense to talk about a “square circle.”

I’ll put it this way:  Wouldn’t you be stunned if, after ordering cappuccino in an Italian restaurant, you were given a double order of steamed milk or a double order of espresso?  You might say indignantly to your waiter, “But I ordered cappuccino!”  Suppose your waiter would then reply, “Mi scusi.  This is a new kind of cappuccino.  In addition to the traditional cappuccino, we make a double-milk cappuccino and a double-espresso cappuccino.”  You would rightly be upset, not because you happened to dislike espresso all by itself, or because you happened to have an aversion to plain steamed milk.  No!  The point is that, if the definition of the word “cappuccino” is stretched to include so much that was not originally considered cappuccino, the word “cappuccino” loses all meaning whatsoever.

Or suppose, as happened to a friend of mine, you purchased a brand-new chess set, but, when you got it home and opened up the box, you discovered that the box contained, not a complete set of white pieces and a complete set of black pieces, but two complete sets of white pieces—two white kings, four white bishops, sixteen white pawns, etc.  You would no doubt take your purchase back to the store and ask for a replacement.  You would say, “I want my chess set to contain black pieces as well as white pieces.”  What if the salesman behind the counter accused you of being a bigot and suggested that you keep the “chess set” you have and invent new rules that involved only white pieces?  You would think this absurd, and it would not be because you had a particular dislike for white chessmen.  If the rules of chess are stretched to include what was originally not thought of as chess, the word “chess” loses all significance.

Please note that I am not talking about prejudice or bigotry or hatred.  I am talking about the importance of defining the unique thing that chess or cappuccino or marriage happens to be.  All three by their very definition involve opposites.  To broaden the terms “chess” or “cappuccino” or “marriage” to include all sorts of meanings would render the very terms themselves meaningless.  And don’t we already have enough meaningless verbiage as it is?[1]

Okay.  Here is my third point as to why the symbolism of cappuccino is far better than that of the unity candle in conveying truths about marriage:  As I have already said, lighting a unity candle results in only one flame instead of two.  We are left with only half the original light and heat.  Cappuccino, however, is produced when espresso and milk each dies to itself to produce a higher reality.  What better way to symbolize the fact that marriage is a tertium quid, a reality altogether greater than the mere merging of two human beings!  In marriage, both spouses die to their own individual identities and egos to achieve a qualitatively higher union.  What we’re talking about here is sacrifice.  In the old wedding ritual, the priest used to address the bride and groom as follows:

And so you begin your married life by the voluntary and complete surrender of your individual lives in the interest of that deeper and wider life which you are to have in common.  Henceforth you belong entirely to each other; you will be one in mind, one in heart, and one in affections.  And whatever sacrifices you may hereafter be required to make to preserve this common life, always make them generously.  Sacrifice is usually difficult and irksome.  Only love can make it easy; and perfect love can make it a joy.  We are willing to give in proportion as we love.  And when love is perfect, the sacrifice is complete.

So, from now on, whenever engaged couples tell me they want a unity candle at their wedding, I think I’ll recommend that they instead serve cappuccino at their reception and meditate on the wonders of this heavenly beverage.  Cappuccino, after all, teaches us that marriage is the permanent union of a man and woman who each undergoes a voluntary sacrificing of self in order to achieve an altogether higher level of being.  No unity candle could ever be so instructive.

So out with the unity candle!  Cappuccino, anyone?

[1] In his book Mere Christianity, C.S. Lewis described how well-meaning secularists in his own day sought to “refine” the definition of the word “Christian” so as to include not only believers who embraced certain doctrines, but also all those who somehow were “close to the spirit of Christ.”  The result, predicted Lewis, would be the debasement of a perfectly useful word:  “As for the unbelievers, they will no doubt cheerfully use the word [‘Christian’] in the refined sense.  It will become in their mouths simply a term of praise.  In calling anyone a Christian they will mean that they think him a good man.  But that way of using the word will be no enrichment of the language, for we already have the word good.  Meanwhile, the word Christian will have been spoiled for any really useful purpose it might have served.”