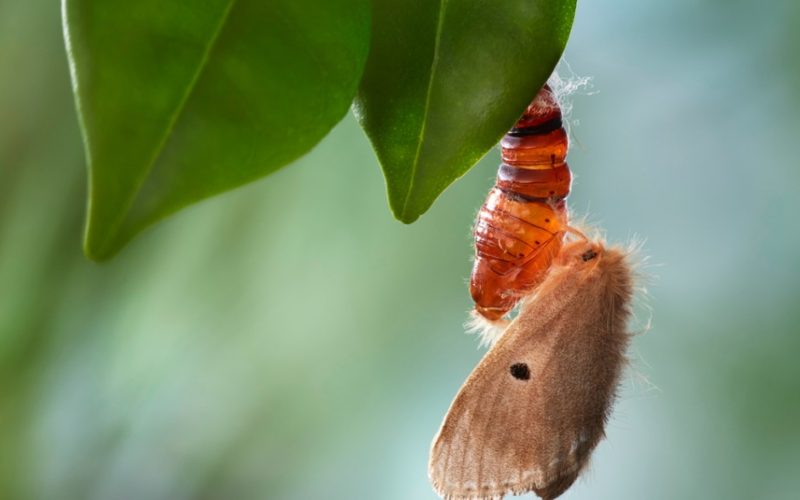 Then Jesus said to his disciples, “Whoever wishes to come after me must deny himself, take up his cross, and follow me.  For whoever wishes to save his life will lose it, but whoever loses his life for my sake will find it.”

A wise woman once said to me that there are only two lasting bequests we can hope to give our children.  One of these she said is roots, the other, wings.

All life demands struggle.  Those who have everything given to them become lazy, selfish, and insensitive to the real values of life.  The very striving and hard work that we so constantly try to avoid is the major building block in the person we are today.

Overprotected, we will fail when something dangerous, unexpected, and full of opportunity suddenly makes its appearance, as it inevitably will….  Too much protection devastates the developing soul.

Each year, when it came time for the unit on human suffering, I would give my students an article by Victor M. Parachin entitled “Finding Light in the Darkness: Seven Reasons to Thank God in Bad Times.”[3]  Here are the author’s opening lines:

At the turn of the [20th] century, British naturalist Alfred Russell Wallace wrote about a lesson he learned from observing cocoons.  After spending several hours watching a large moth trying to break out of its cocoon by beating desperately with its undeveloped wings, Wallace couldn’t bear to watch any longer.  Using a sharp knife, he split the cocoon and freed the moth.

In the following days, however, Wallace saw that the moth was not developing naturally.  Missing were the beautiful tints and shades of color that should have come into its wings.  And the wings were severely stunted.  In a few days, the moth died.  Wallace realized then that the struggle against the cocoon, which he had interrupted, was nature’s way of strengthening and developing the moth’s wings.

The same principle is true for us.  Often, dark times are the cocoon God uses to strengthen us spiritually and emotionally….

If life is too easy, we will never develop into the human beings God meant us to be.

In his book How to Stop Worrying and Start Living,, Dale Carnegie writes thus:

Harry Emerson Fosdick says in his book, The Power to See It Through, “There is a Scandinavian saying which some of us might well take as a rallying cry for our lives: ‘The North Wind Made the Vikings.’  Wherever did we get the idea that secure and pleasant living, the absence of difficulty, and the comfort of ease, ever of themselves made people either good or happy?  Upon the contrary, people who pity themselves go on pitying themselves even when they are laid softly on a cushion, but always in history character and happiness have come to people in all sorts of circumstances, good, bad, and indifferent, when they shoulder their personal responsibility.  So, repeatedly the north wind has made the Vikings.”[4]

I used to teach my students the same lesson but with a nautical twist.  My classroom motto was: A smooth sea never made a skillful sailor.

Mom told me that, when I was a little boy, she used to stand by the kitchen window watching me play on the jungle gym outside.  “I knew you were going to fall sooner or later,” she said.  “I had to steel myself, and it took everything within me to resist the temptation to run out there and take you down from the bars.  I knew I had to let you fall.”

Jesus asserts, “Whoever wishes to come after me must deny himself, take up his cross, and follow me.”  But how will young people ever learn to carry the cross, how will they become great, if we adults are forever shielding them from every difficulty in life?

I recall an article in Newsweek magazine way back in the 1980s about successful black businessmen.[5]  One of the men who was interviewed said something to this effect:

I owe my success to my mother.  You see, I was the first person in my community back home ever to go to college.  All my friends and neighbors turned out to see me off.  One week later, however, I phoned home, overwhelmed with a sense of homesickness.  “Mama,” I sobbed, “I want to come home!”  Mom responded, “Honey-child, you can come home any time you want, but if you come home before Thanksgiving, it had better be in a pine box!”  I was stunned, and before my mother slammed down the phone, she said with all the gentleness of a marine sergeant, “Now you make your mama proud!”  I knew then and there I had to grow up.

The Newsweek reporter interviewed the man’s mother.  “I cried all day long,” she confessed, “but I knew I’d done the right thing.”

We do young people no favors by shielding them from all of life’s struggles.  Worse still is when we shield them from the consequences of their negative behavior.  As a former teacher, I can tell you stories of parents who belligerently defended their cheating children when the evidence was right before them.  I can tell you of parents who lied to cover up their children’s misdeeds, and who even aided and abetted their offspring in the very act of wrong doing.  Talk about helicopter parents from hell!  With parents like that, who needs enemies?

The late Monsignor Joseph P. Dooley, a former army paratrooper who was once left for dead on the beaches of Normandy, never had a mother like that!  I once heard him tell this story at a Mass he concelebrated at Bethlehem Catholic High School:

When I was about nine years old, my mother asked me to take out the garbage, and I gave her an attitude.  She said nothing, but the next day, she called me into the living room.  My older siblings waited in the kitchen in gleeful suspense.  They knew what was going to happen.

“Yesterday I asked you to take out the garbage, and you gave me a bit of lip—after all I’ve done for you!  Listen here.  Congratulations, Joseph!  Today I am inducting you into the Royal Order of the Diaper Pin.”  Here Mom took out a huge pink safety pin.  “Do you see this pin, Joseph?  From now until I tell you to stop, you’ll be wearing this diaper pin on your outer clothing twenty-four hours a day—at home, at school, at church.  It will be visible for all to see.  The only time you won’t be wearing it will be in the bathtub.  And God help you if I ever hear from your brothers or sisters that you took it off!”

Well, I wore that awful diaper pin for two full weeks.  Years later, when I would come home from the seminary for a visit, I knew I still had to watch my p’s and q’s with Mom, or she’d make me wear that pin again.

Good for you, Mrs. Barbara Dooley!  As clinical psychologist Dr. Ray Guarendi says, if we don’t discipline our children, someone else will: a “judge, landlord, army sergeant, police officer, employer….  And the world crushes.  The world does not give mitigating circumstances.”[6]

Thank God for parents and teachers who occasionally say no!  I had no qualms about telling my students, “In a word, no!  In two words, no way!  In three words, not at all!  In four words, not on your life!  In five words, absolutely, positively, and unequivocally no!  In six words, no and a thousand times no!  In seven words, what part of no don’t you understand?  In eight words, I am disinclined to acquiesce to your request.[7]”  I’m sure the kids were rolling their eyes, but no matter.  I didn’t see them!

In short, we must teach young people the fine art of carrying the cross, whether it be the inevitable cross that life throws them or the self-imposed cross resulting from bad choices.  Either I carry my cross, or I become one.  It’s just that simple.

True greatness comes, not by avoiding struggles, but by embracing and overcoming them with the help of God.  That, I think, is at least part of what Jesus means when He says, “For whoever wishes to save his life will lose it, but whoever loses his life for my sake will find it.”  If we always take the easy way out, we court disaster.  If, however, we face our struggles head on, we grow into greatness.  We are in this one respect very much like moths.  Without facing life’s struggles, we shall never learn to fly.  The ancient Romans said it best: Poenae sunt pennae.  Pains are wings.

[2] 12 Rules for Life: An Antidote to Chaos, “Rule 11: Do Not Bother Children When They Are Skateboarding.”

[5] I hope my memory serves me well.  I wish I could find the actual article.

[6]“Discipline that Lasts a Lifetime,” a 2009 CD produced by Lighthouse Catholic Media.

[7] This line comes from the 2003 movie The Pirates of the Caribbean: The Curse of the Black Pearl.