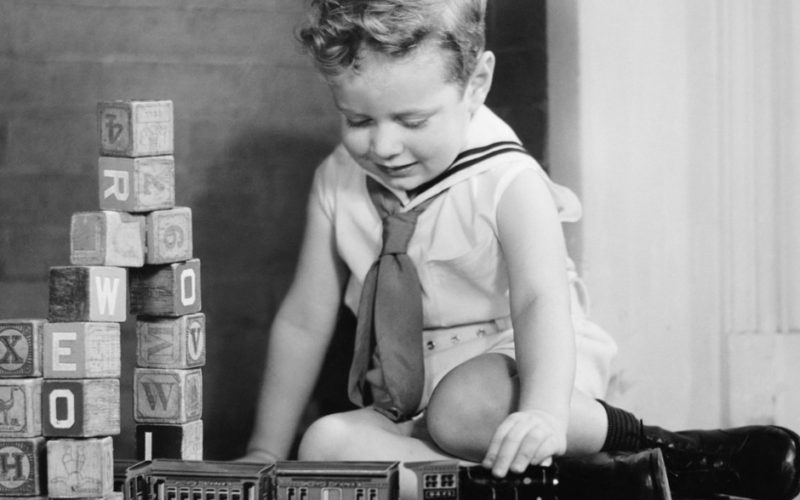 A Homily for the Solemnity of the Ascension

But I tell you the truth, it is better for you that I go. For if I do not go, the Advocate will not come to you. But if I go, I will send him to you.

As a child, I was always fascinated by railroads and trains.  When I was about six or so, my mother gave me a small, wooden toy steam locomotive.  I can still see it in my mind’s eye.  It had the name “Smokey” emblazoned on its side.

Yet, three years later, as Mom was attempting to light a winter fire in our basement fireplace, she scanned the room for potential kindling, grabbed my toy, and somewhat absent-mindedly consigned my beloved Smokey to the flames!  Hey, what was that all about?  My nine-year-old intellect grappled with two separate ideas.  First, I was, even then, overcome with a sense of what I would later learn to call irony.  My toy steam engine was named Smokey, and there it was, going up in smoke!  At the same time, however, I struggled with a rather troubling question:  How could my mother give me a gift at one moment, and then later, without any apologies, take it away?  This made absolutely no sense to me.

The following Christmas, I received another gift from my parents: a miniature working railroad handcar that I could actually climb aboard and ride on in our driveway.  Mom said she picked it out especially for me.  Awesome! That was a far better gift than Smokey, hands down!

Eventually my parents gave even the handcar away to a rescue mission, but by then it had been replaced by a rather extensive set of American Flyer electric trains.  Gradually, I came to learn that whenever Mom and Dad took away one gift, it was only so that they could give me something far better.  I also realized that each gift prepared the way for the one that followed.

Might not the same be said of Our Lord’s Ascension?  When Jesus ascended into heaven, depriving His disciples of His physical, walking-around-on-earth presence, was it not so that He could send us His Holy Spirit?  Was not this Spirit—a Comforter[1] Who would transform cowardly disciples into courageous Apostles, a Counselor Who would quicken the minds of believers to grasp more easily the teachings of Christ—was not this Spirit a far more necessary gift?  Were not the Paraclete’s seven gifts—wisdom, understanding, right judgment, courage, knowledge, reverent love, and holy fear—were not these gifts exactly what the Church needed and still needs?

Looking back over the more than sixty years of my life, I’ve come to the conclusion that, were it not for my blindness, I would not be a priest today.  Had I started out life with perfect eyesight, I most likely would not have desired to approach the altar.  I’ll tell you a secret.  I am no mystic, but sometimes when I am celebrating Mass, very infrequently as a matter of fact, sometimes the joy is so overwhelming that I can’t imagine anything better this side of heaven.  Being a priest is a far better gift than having 20/20 vision, hands down!  I’ve had sad days as a priest, but I’ve never regretted being one.  Had I to do it all over again, I would probably change very little.

I also believe that no good worth having will ever ultimately be lost.  In one of my favorite poems, “The Hound of Heaven” by Francis Thompson, the author puts these words into the mouth of Christ:

All which I took from thee I did but take,

Not for thy harms,

But just that thou might’st seek it in my arms.

All which thy child’s mistake

Fancies as lost, I have stored for thee at home:

Rise, clasp my hand, and come!

An all-wise, all-loving, and all-powerful God must surely know what He is about.  He will not be outdone in generosity!  Job was right in declaring, “The Lord gave and the Lord has taken away; blessed be the name of the Lord!”[2]

[1] Note that the original meaning of the verb “comfort” was to strengthen rather than to soothe.