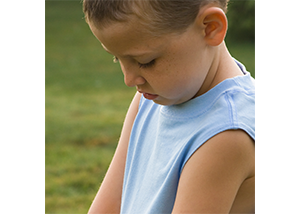 A Homily for the Third Sunday of Lent

Here is one of my favorite stories.  It is entitled, “God and the Duck.”  Its author is unknown, and I give it to you with a few embellishments:

When little Johnny was visiting  his grandparents, he was given his very first slingshot.  He lost no time in breaking in the weapon.  He practiced behind the barn.  He practiced in the woods.  Try as he might, however, he could never hit his target.

Thoroughly discouraged, Johnny returned to the farmhouse.  There in the backyard, he spied Grandma’s pet duck.  On an impulse, he took aim and let fly.  Wouldn’t you know it?  His aim was true, and the poor duck fell dead.  Johnny panicked.  Out of desperation, he hid the dead bird in the woodpile, only to look up and see his sister watching.  Sally had seen it all, but she simply smiled and said nothing.

After lunch that day, Grandma said, “Sally, let’s wash the dishes.”  But Sally replied, “Johnny told me he wanted to help in the kitchen today, didn’t you, Johnny?”  And she whispered to him, “Remember the duck!”  Johnny did the dishes.

Later, Grandpa asked the children if they wanted to go fishing.  Grandma said, “I’m sorry, but I need Sally to help make supper.”  Sally smiled and said, “That’s all taken care of, Grandma.  Johnny wants to do it.”  Again she hissed, “Remember the duck!”  Johnny stayed while Sally went fishing.

It went on like this for days.  Johnny not only did his chores; he did Sally’s as well.  Sally, meanwhile, was suddenly given to singing a particular verse of Old MacDonald.  You guessed it:

When Sally was alone with Johnny, she’d start waddling around and flapping her arms.  (Isn’t it amazing how creative sisters can be in tormenting their brothers?)  One night, just before bedtime, Johnny actually found a feather under his pillow.  He wanted to cry.  “Must have come out of that old down comforter,” Sally suggested with a smile.  The rubber duck in the kitchen sink when Johnny was about to do the dishes was the last straw!

Yes, Johnny couldn’t take it anymore.  Summoning all his courage, he went to Grandma and confessed that he had killed her duck.  “I know, Johnny,” she said soothingly, giving him a big hug.  I was standing at the window and saw the whole thing.  And besides, there is nothing you can do that would surprise me into not loving you.  Of course I forgive you!  I was just wondering how long you were going to let Sally make a slave of you.  I know you’ll be more careful with your slingshot in the future.  As for Sally,” she chuckled, “I have a feeling I’m going to be needing an awful lot of help in the kitchen, and in the garden, and at market these next few days!”

My favorite words in today’s rather lengthy Gospel are contained in just two verses.  They are the words of the Samaritan woman when she says of Jesus:

It wasn’t simply that Jesus knew about the woman’s sinful past.  It was that He knew about her past, loved her anyway, and was willing to forgive her.  That kind of knowledge, love, and forgiveness not only heals and restores; it also elevates and empowers.

Is there some sin I’ve committed that I don’t want to confess because I’m afraid I’ll surprise the priest into not accepting me or God into not loving me?  Have I allowed my own fears, or even Satan himself, to torment me?  Do I long for the freedom that comes from being known, loved, and forgiven?  Do I want to change my life for the better?  Am I willing to let others experience the freedom that comes from my forgiving them?  Finally, am I ready to put all my dead ducks in a row and leave them behind me?