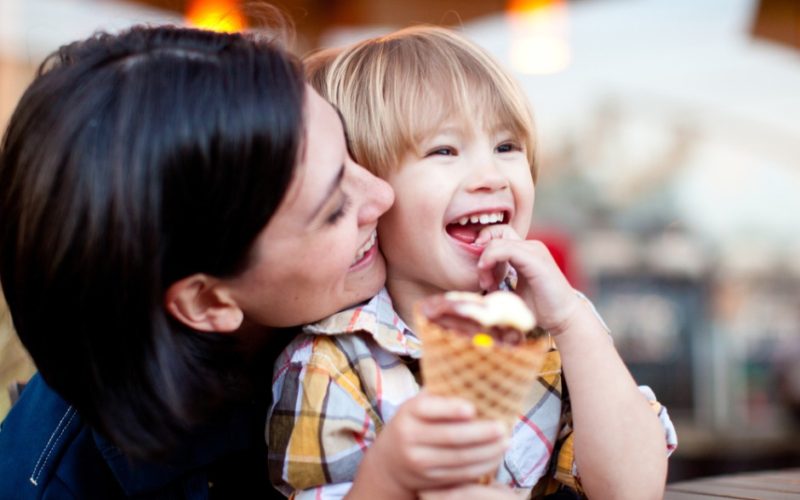 A Homily for the Twenty-Ninth Sunday in Ordinary Time, Year A

Shine like lights in the world as you hold on to the word of life.

I bet some of you are familiar with the children’s author Robert McCloskey, who died in 2003.  He is probably best known for his little book Make Way for Ducklings, but he also wrote and illustrated a series of marvelous stories about a little boy named Homer Price.  Homer is a likeable, intelligent lad who often has insights into problems that his elders seem to miss.  In one of these stories,[1] Homer’s grandfather Hercules tells of a town in Ohio called Sparrow Courthouse.  Let me paraphrase Grampa Herc’s tale.

Now the citizens of Sparrow Courthouse thought pretty highly of themselves.  They were always putting on airs.  Atop their courthouse, which looked more like a giant wedding cake, they built a clock tower.  And in the clock tower, they installed a fancy, new-fangled clock that they had shipped all the way from Europe and had hauled over the mountains by oxcart.

The people of Sparrow Courthouse were certainly proud of their clock, and because of it, they thought they were better than everyone else in the state of Ohio.  While all other folks got up with the sun and went to bed when it was dark, the inhabitants of Sparrow Courthouse insisted on regulating everything they did according to their new clock.  They were mighty puffed up with pride.

Over time, though, the folks started noticing that the sun began to rise and set a little earlier every day.  But as long as their fancy clock was a-ticking and a-tocking, they thought nothing of it.  After three months or so, the people were getting up just as the sun was setting and going to bed at sunrise.  It actually got to the point where they called daytime night and nighttime day!  At bedtime, they’d draw down their shades real tight to keep out the sun, and during their waking hours, they’d light lamps to make their way through the darkness.  They were so proud that, of all the cities in Ohio, theirs was the only one in which the sun behaved in such a strange way.  Why, they even petitioned the state capital for special recognition.  And all the while, the citizens of Sparrow Courthouse kept running their lives according to their fancy, new-fangled, European timepiece.  My, they were proud of that clock.

Well, it didn’t take long for Homer’s grandfather to see what the problem was.

It seems that the city’s sparrows had gotten into the habit of alighting on the hands of that courthouse clock, and they fouled up all its workings.  The people of Sparrow Courthouse were sure dumbfounded to learn that, even while thinking themselves more sophisticated than everyone else, they were actually operating under a delusion.  Their clock was all gummed up.

What, mes amis, has been gumming up the works of our consciences?  Not sparrows!  One of the things that has been gumming up our consciences is the belief that children are at best an inconvenience and at worst a punishment or curse.  As a result, we’ve gotten to the point where we’ve been calling good evil and evil good.  Our Lord’s terrible prophecy, uttered on the way to Calvary, seems to have come true:

Daughters of Jerusalem, do not weep for me; weep instead for yourselves and for your children, for indeed, the days are coming when people will say, “Blessed are the barren, the wombs that never bore and the breasts that never nursed.”[3]

When, at the age of twenty-six, I decided to enter the seminary, I went to see good Dr. Longenhagen for my seminary physical.  After a thorough examination, Dr. Longenhagen looked at me and said, “You know, God’s ways are certainly mysterious.”

“What do you mean?” I responded.

He went on to explain.  “I think you know, Bernard, that your mother had been a sister with the M.S.C. Sisters (the Missionary Sisters of the Sacred Heart) in Hyde Park, and I think you know that she had left the convent in order to marry your father, Dr. Ezaki.”

“Well,” he continued, “you may not know that when you were born ten weeks early and when, as a result, it was apparent that you would be blind, Dr. So-and-So on the hospital staff proclaimed that your blindness was obviously a punishment from God for your mother’s having left the convent.”

That was obviously a crass, unfeeling thing to say about my mother on the part of that doctor, and the thought that Mom had to live for so many years with that comment weighing on her heart almost broke my heart.  And besides, it’s not easy being the personification of the wrath of God!

But what really shocked me was that Dr. So-and-So, who shall here be nameless, the doctor who had made the disparaging comment in the first place, was a very decent and good man.  As a young physician, for example, he had done awesome work in helping former inmates of Nazi concentration camps.  As I said, Dr. So-and-so was a wonderful man, a better man than I am, Gunga Din!  And yet somehow he, like many of us, was imbued with the idea that children could be a punishment from God, a curse.  If any of you believe that children are a punishment or a curse, I wish you would explain it to me, because I just don’t get it.  How could a child be anything but a blessing?

People might argue that children are a blessing only when they are wanted.  I’m not so sure.  Sometimes blessings come wrapped in the most unexpected packages.  I love the words of the song “Blessings” sung by Laura Story, who, after her husband had been diagnosed with a brain tumor, asked God:

What if my greatest disappointments
Or the aching of this life
Is the revealing of a greater thirst this world can’t satisfy?
And what if trials of this life–
The rain, the storms, the hardest nights–
Are Your mercies in disguise?

On October 1, I presided at the funeral Mass of Mary Ann Wescoe, a woman who certainly valued children.  She fostered no less than 137 infants, to all of whom she gave temporary names, and all of whom she had baptized.  To all of these children—from Rocky, her first, all the way down to the last—Mary Ann gave the kind of care that only a mother and nurse could give.

Sometimes Mary Ann would be up all night pacing the floor with crack babies.  She used to joke that the people of the Cathedral probably mistook her for a strumpet, because she was always at church with yet another baby in her arms.  She said that her sons James, Robert, and Michael would grow up to be great parents because all they did during their teenage years was change diapers.  Jim, in fact, confided to me that he began changing diapers at the age of ten!

Mary Ann certainly didn’t take in foster children for the money.  She told me that during the 1970s, Msgr. Joseph Kurtz, head of the Catholic Social Agency, actually doubled her allowance from $3 a day per child to $6 a day per child!  And yet Mary Ann continued loving these children, even though she was forbidden to adopt any of them or make contact with them after they had been adopted.

Mary Ann, then, had a heart that was both tender and hard—tender enough to take in more than 100 foster children and yet hard enough to let them go when each was adopted.  Her many photo albums attest to her determination to do right by these children.  What a woman!

Our Gospel Acclamation for today says, “Shine like lights in the world as you hold on to the word of life.”  We might not all be as heroic as Mary Ann Wescoe in our witness to the value of human life.  If, however, we are responsible for the education and raising of children, we can take to heart the advice of Dennis Prager, the man I like to think of as the Jewish grandfather I never had.  In one of his Fireside Chats, Dennis Prager said:

What if you’re not going to foster 137 infants?  What if you’re not responsible for the education and raising of children?  Then at least as you go to the voting booth in November—I’ll say this only once—remember what Bishop Schlert says:  “abortion and euthanasia are the ‘preeminent’ issues in forming an opinion about how to vote.”[5]  I was born ten weeks too early.  Almost a year ago, I saw a baby in the hospital who was born sixteen weeks premature!  Anthony, you will be happy to know, is thriving today.  Can you look me right in the eye and tell me that those two newborns were not human?

Lord Jesus, take away our delusion that a child is somehow an inconvenience or even a curse.  Jesus, please reset the clocks of our consciences, not according to our own perverse whims but according to Your moral law.

Now, lest I end this talk on a downer, let me make reference to one more children’s story.  In the 2011 Muppet Movie, Walter, the main character, is having a conversation with Kermit the Frog.

Walter says to Kermit, “You give people the greatest gift that can ever be given.”

“Yes!  The third greatest gift ever!”

So there you have it, crew!  From the lips—I wonder if frogs have lips—from the mouth of Kermit the Frog himself, the three greatest gifts are in order: first, children; second, ice cream; third, laughter!  Later in the film, Miss Piggy tells Kermit that she wants to marry him so that they can have lots of tadpoles together.  I’m still trying to figure that one out.  You get the message.  Far from being an inconvenience, far from being a punishment, children are the greatest gift ever!  Let’s remember that, not only at election time; but let’s remember that always and teach it to our children.  With the help of Grampa Herc, we’ll teach them just how easy it is for us to get our consciences all fouled up.  And with the help of Kermit the Frog, we’ll teach them that children are better than laughter and even better than ice cream itself!

[5] “The Role of Conscience in Voting,” a pastoral letter by Bishop Alfred A. Schlert, Diocese of Allentown, 9 September 2020.