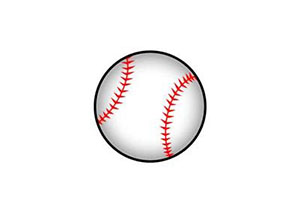 Garrison Keillor and his Hopeful Gospel Quartet perform a wonderful song entitled, Life Is a Ballgame.  Here are some of the lyrics:

You know, Jesus standing at the home plate
He’s awaitin’ for you there.
Life is a ballgame,
But you got to play it fair.

Old man Solomon’s the umpire,
And Satan’s pitchin’ the game.
He’ll do his best to strike you out,
But keep playin’ just the same.

Hmm.  Satan’s pitchin’ the game.  What an awesome metaphor for the Evil One’s role as tempter!  You and I are at bat, and the devil is trying to strike us out.  Let’s run with it and take a look at some of the devil’s pitching strategies.

First, one of Lucifer’s favorite pitches is known as the slider.  A slider leaves the pitcher’s hand looking like a fastball but breaks late away from the batter as it approaches the plate.  It is so deceptive that a careless batter will certainly miss.  Here the devil tempts us to pride.  Our noses are stuck so high in the air that we disdain others for what we consider their degraded behavior.  That’s when Satan gets us with a slider.  Almost before we realize it and much to our horror, we commit a sin which we would have previously considered far beneath us.  Remember the proverb, “Pride cometh before a fall.”  The best defense against the slider is a good dose of humility.  “True humility,” as C.S. Lewis says, “is not thinking less of yourself; it is thinking of yourself less.”[1]  Satan knows nothing of humility, and a humble Christian will never miss a slider.  Let’s dig the pitch out of the dirt for a hit.

Another one of the devil’s favorite pitches is the slow curveball.  A mediocre batter may be on the lookout for a fastball, but a slow curveball catches him off guard.  Here the devil pitches the lie that little sins, venial sins, don’t count.  We commit one venial sin after another, and our Christian life takes a slow downward curve.  Our spirituality goes into a slow fade.  In his great book, The Screwtape Letters, C.S. Lewis attributes these words to his fictional demonic epistle writer:

Indeed, the safest road to hell is the gradual one, the gentle slope, soft underfoot, without sudden turnings, without milestones, without signposts.[2]

The best defense against Lucifer’s slow curveball is a healthy detachment from even venial sins, and the best way to achieve this is to make frequent and regular confessions.  Once a month is not too often.

A third pitch Satan is fond of throwing is the knuckleball.  A knuckleball gets its name from the pitcher’s grip.  It’s a slow pitch that confuses.  It’s all over the place.  Even the pitcher doesn’t know for sure where it’s going.  Batters who don’t keep their heads are liable to miss a knuckleball through their own confusion.  Here’s the point:  The Evil One loves to introduce confusion wherever possible.  Thus, in the midst of temptation, it is essential to remain calm.  Father Benedict Groeschel recommends that we slowly read or recall Christ’s words in the Gospels, honestly ask ourselves why we want to commit the sin in question, and then calmly bring our underlying pain to the foot of the cross.  As the old Protestant hymn says:

Oh, what peace we often forfeit!

Oh, what needless pains we bear!

All because we do not carry

Everything to God in prayer!

Another of the devil’s pitching strategies is the sinker.  A sinker is a ball that breaks down.  It looks like a regular fastball, but at the last moment it goes down.  The batter isn’t expecting something so low to the ground, and he misses.  Satan’s sinker is really one more form of the temptation to pride.  What I mean is that sometimes we Catholics have a tendency to go all over the place, hither and yon, looking for exalted spiritual experiences, and all the while we miss the humble means of grace right in our own backyard.  We’re so concerned with apparitions, visions, ecstatic experiences, and spectacular miracles that we’re liable to neglect our prayer, our parish, the sacraments, and the corporal and spiritual works of mercy.  The best way to guard against the Evil One’s sinker is to remember that “The extraordinary is always for the sake of the ordinary — not the other way around.”[3]  The saints never desired anything extraordinary.  It was, for example, Saint Thérèse of Lisieux who said, “I know of no ecstasy to which I do not prefer sacrifice.  There I find happiness, and there alone.”[4]

Now we come to Lucifer’s fast curveball.  A pitcher who throws a fast curve is hoping that the batter is not quite prepared for a quick response—not quite prepared.  Here the devil lulls us into a state of complacence.  We tell ourselves:  I don’t need to repent today.  There’s always tomorrow.  Then, when we least expect it, we’re caught off guard.  The best strategies against Satan’s fast curve are: (1) to put our priorities in order RIGHT NOW and (2) to be always vigilant.  As Jesus reminds us, “You know neither the day nor the hour”[5] when the Son of Man will come.

The last of Satan’s pitches I’m going to discuss is the change-up.  A change-up is a ball that is unusual in a series.  For example, a pitcher gets a batter used to 90-mph balls.  Now the batter is expecting another 90-mph ball, but what does the pitcher do?  He throws a ball that’s only 70 mph.  The batter swings too soon and looks stupid.  What I’m saying is that in the process of temptation, the Evil One tries to create in our minds false expectations.  We’ve all experienced this.  We commit a sin, expecting some awesome gratification, but once we commit the sin, we feel totally disappointed, let down, and stupid.  Here the best strategy is to adopt a tactic used by Alcoholics Anonymous.  Just as AA teaches its members to “think through the drink”—consider all the consequences of my taking that drink, not just the immediate gratification—so in the midst of our temptations, we need to sit back and consider all the ramifications of the sin.

Finally, a good pitcher knows a batter’s weaknesses and exploits them to the full.  For example, if a pitcher knows a batter is good at hitting fastballs, he’ll throw slow curveballs.  If a batter is right-handed, the pitcher will send in the ball low, close to the batter’s knees on his right side.  This is known as pitching the ball down and inside.  If the batter has a short fuse and is known to lose his temper, the pitcher might very well step off the mound and really try to get the batter a bit frustrated in order to break up his rhythm.  In the same way, the devil knows our strengths and weaknesses and will tempt us in the areas where we are prone to fall.  Satan throws a lot of junk.  Thus we must know our weaknesses too.  As the proverb goes, “He who is shipwrecked twice cannot blame the sea.”

To sum up:  Since we know the devil is trying to strike us out in the ballgame of life, we can counter Satan’s slider with humility.  We can be on guard against the devil’s slow curve by developing a healthy detachment from even venial sins.  We can hit one of Lucifer’s knuckleballs by remaining calm and honest in the midst of temptation.  We’ll never miss Satan’s sinker if we recall that the extraordinary is always for the sake of the ordinary, and not the other way around.  We won’t fall victim to the devil’s fast curve if we are always vigilant and prepared.  We won’t be fooled by the Evil One’s change-up if we think through the sin.  Finally, we’ll be better at resisting temptation if we know our own weaknesses and act accordingly.

Remember that, even though Satan’s pitchin’ the game,

Prayer is the strong bat

To hit at Satan’s ball.

When we start to swing it,

We got to give it our all in all.

You know, Jesus standing at the home plate
He’s awaitin’ for us there.
Life is a ballgame,
But we got to play it fair.[6]

[3] The words of classicist John Senior, quoted in an article entitled “The Angel of the Storm” in a 1980s issue of the periodical Approaches.

[6] Words slightly altered from second person (you) to first person plural (we, our, us).