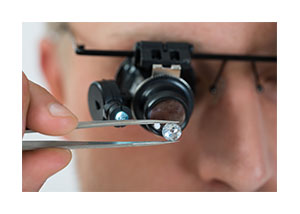 When I found your words, I devoured them: they became my joy and the happiness of my heart, because I bore your name, O Lord, God of hosts.

For the word of God is a light to the mind and a fire to the will. It enables man to know God and to love him. And for the interior man who lives by the Spirit of God, through grace, it is bread and water, but a bread sweeter than honey and the honeycomb, a water better than wine and milk. For the soul it is a spiritual treasure of merits yielding an abundance of gold and precious stones. Against the hardness of a heart that persists in wrongdoing, it acts as a hammer. Against the world, the flesh and the devil it serves as a sword that destroys all sin.

–Sermon by St. Lawrence of Brindisi–

Some Christians claim to base their faith on Scripture alone.  Their battle cry is Sola Scriptura.  Yet how do they know what constitutes Scripture?  Do they dare to presume that, had they never before seen a Bible, they could, of their own authority, distinguish the twenty-seven books of the New Testament from among the countless pious and sometimes even heretical Christian writings of the first and second centuries?  Of course not!  It took the Church herself, inspired by the Holy Spirit, about 350 years to do precisely that.  The Second Vatican Council’s Dogmatic Constitution on Divine Revelation (Section #8) reminds us that it is “through tradition” that “the Church’s full canon of the sacred books is known.”  Thus anyone who claims to believe in the authority of the Bible must necessarily accept the authority of the Church.  How else could he distinguish a truly inspired book from one that is not?  He has no choice but to accept the Church’s informed judgment and authority.  In other words, one cannot believe in the authority of the Bible without believing in the authority of the Church.  Perhaps a story will help to make this clear.

Once upon a time, a young man entered a jewelry shop, intent on purchasing a diamond ring for his would-be fiancée.  He lost no time in making his purpose known to the jeweler behind the counter.  The latter then produced a small felt-lined tray containing two apparently identical rings.

“One of these rings boasts a real diamond,” asserted the jeweler.  “The other, a good imitation, a cubic zirconia a clear crystalline oxide.  Can you tell which is which?

Just at this moment, however, a stranger who happened to be in the shop walked over to the counter and declared: “Gentlemen, I am not ashamed to tell you that I have a discerning eye in these matters.  The genuine diamond, I can say with all confidence, is in the ring on the left.”

“Well, my friend, you are wrong!” laughed the jeweler.  “I’ve been dealing in precious stones for more than forty years, and I know for a fact that the real diamond is the one on the right.”

The young man naturally put his trust in the reputable jeweler rather than in the stranger.  Without a second’s hesitation, he purchased the ring on the right.  He wanted his sweetheart to have a genuine diamond.

A jeweler’s expertise and authority cannot transform a piece of glass into a diamond.  Yet a jeweler can distinguish the genuine from the false.  Similarly, the Church’s tradition and authority cannot impart the quality of inspiration to a given text.  In other words, the books of the Bible are not inspired because the Church says they are.  They are inspired because their authors wrote under the inspiration of the Holy Spirit.  As the Council of Trent declared in 1546, the Church venerates all the books of the Old and New Testaments, “for God alone is the author of both.”  Yet it is the Church alone which has the authority to recognize the canonical books as inspired.  Her tradition allows her to know which ancient books are inspired and which are not.