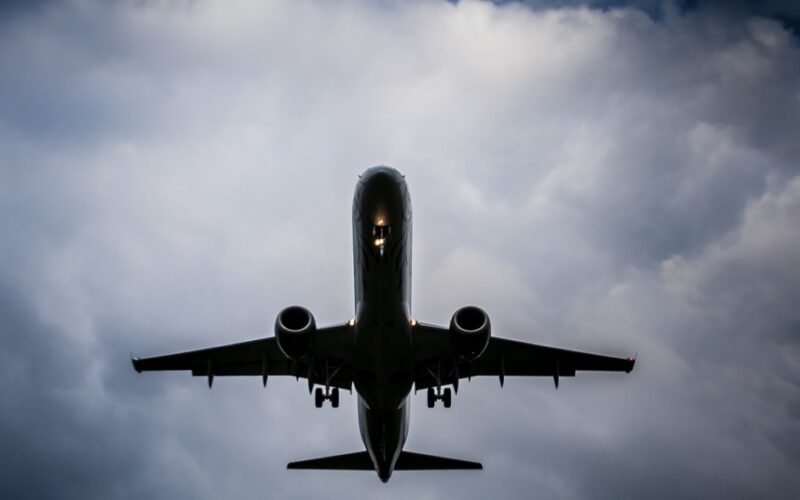 A Homily for January 1

A few years ago when my friend Ken came to visit me from Nebraska, I was not all that concerned about the flight by which he had arrived—what kind of plane he had taken; whether he had flown first or economy class; what he had had to eat on the plane.  After all, Ken is just an ordinary guy, and I’m pretty sure the airline arrangements he makes for himself are not all that different from those I myself make when I travel by air.

What about when the President of the United States flies?  Precisely because he is not an ordinary guy, his mode of transportation is different from yours and mine.  All of us, I dare say, whether or not we happen to like the current occupant of the Whitehouse, have at least some interest in learning about Air Force One.  Here, for example, is what I read on the internet:

Air Force One has a conference room, dining room, an Oval Office, a bedroom and bathroom for the president, as well as offices for senior staff members.  The aircraft has a medical room and a separate operating room to handle medical emergencies.  Air Force One also comes with its own doctor.

Well, how do you like that?  Who could have thought?

Today the Church celebrates the Solemnity of Mary, the Holy Mother of God.  What, we might ask, is the big deal about Mary?  If you are like me, you are probably not all that curious about the details surrounding the lives of your friends’ mothers.  After all, your friends, like you and me, are just ordinary people.  Why should their mothers capture your imagination in any particular way?  When it comes to the Son of God, however, His Mother, His mode of arrival, so to speak, whereby He took on our human nature as Jesus, is rather extraordinary.  No wonder the Church takes a special joy in pondering and teaching about Jesus’ Mother!  The Virgin Mary—to put it somewhat crudely–is to all other mothers as Air Force One is to commercial airplanes.

There is more that must be said.  In his book Theology for Beginners, Frank J. Sheed puts the matter nicely:

….We are not saying that mothers of holy children are better than mothers of less holy.  The difference is not between one son who is holy and another who is less obviously so.  It is between a son who is God and a son who is man only.

In seeing what the difference is, a good starting point is the simple fact that this Son existed before his mother.  So that He is the only Son who was in a position to choose who His mother should be.  He could choose therefore what every son would choose if He could, the mother who would suit Him best.  Further it goes with the very heart of sonship that a son wants to give his mother gifts; and Christ, being God, could give her all that she would want: to His giving power there was no limit.  And what above all she wanted was union with God, the completest union possible to a human being of her will with God’s will, grace therefore in her soul.

He was her Son, and He gave it lavishly.  She responded totally, so that she was sinless.  It was her response to the grace of God that made her supreme in holiness—higher even than the highest angel, the Church tells us.  We may pause for a moment to look at this truth.  By nature she was lower than the least angel, for human nature as such is less than angelic.  But…any relation in the order of grace is higher than any in the order of nature.  It is by grace that we are closer to God; by our response, that is, to the created share in His own life that God offers us.  By grace Our Lady outranks all created beings.  But only because she responded more perfectly.  St. John Chrysostom says “she would not have been blessed, though she had borne Him in the body, had she not heard the word of God and kept it.”[1]

Mary, then, is a remarkable woman, a Mother unparalleled.

What if, by some awesome turn of events, the President of the United States, were to give you almost unlimited, personal access to Air Force One?  In other words, what if you could use the aircraft whenever the President didn’t happen to need it?  Wouldn’t that be something!  As it turns out, however, each one of us is given access to a reality far greater than Air Force One.  Jesus Christ gives each one of us unlimited personal access to his loving Jewish Mother.  As Our Lord hung upon the Cross, He gave the Church, in the person of Saint John the Evangelist, His very own Mother to be our Mother also.[2]  How awesome is that!  What a great thought with which to begin a brand-new year!